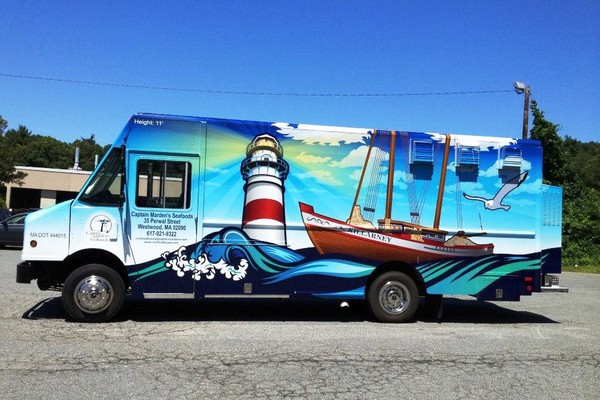 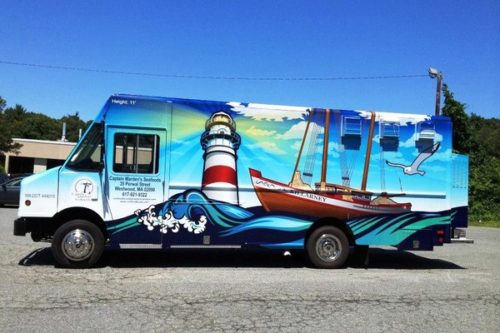 There are already a couple of food trucks in and around Wellesley, and the Selectmen think it’s time they have rules. The Board of Selectmen discussed a draft of mobile food vendor regulations at last night’s meeting.

Selectman Katherine Babson explained that “there are a couple of mobile food vendor trucks going through town. We thought we should address this issue.”

She added that a sub-committee was formed to examine the issue, and has gone through several meetings and several drafts of regulations.

Among the regulations discussed: a requirement for hawkers and peddlers licenses; sign-off from the Police, Fire, Building and Health Departments; insurance if they are operating in a public location, proof of permission if in a private spot. The trucks will also be responsible for their own trash, and cannot deploy signs or seating for more than six without permits.

Trucks would also have to set up shop 200 feet from any existing common victualler license holders. That 200 feet will be determined by police officers if called to the street, Executive Director Hans Larsen explained.

When asked if these trucks would congregate in one area, and create a “block” of trucks, Larsen said he did not think that would be a risk.

He added, “I get the sense Wellesley is a bit of a filler. They [mobile food vendors] are more keen to be at some big event in Boston or wherever. Wellesley is a fabulous community, but it’s not where I’d deploy my food truck.”

A future version of the regulations may also include an exception to the 200-foot rule for trucks run by the license holder. Captain Marden’s Cod Squad, or the Whole Foods truck, as examples, need to be exempted in order to operate in their own parking lots.

The regulations are still in draft form, and need to be approved before they take effect.

What do you think? What kinds of food trucks would you like to see, or is Wellesley not the place for them?