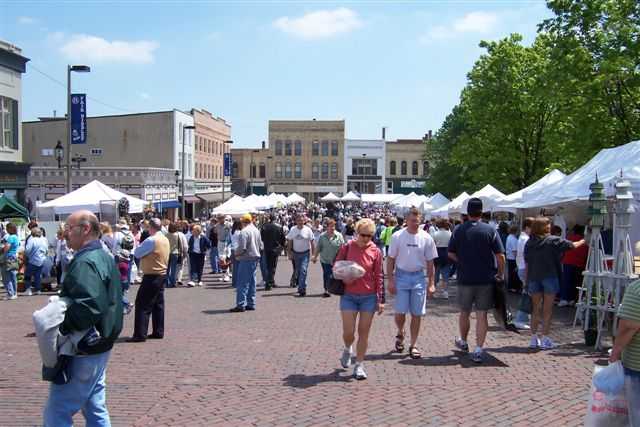 WOODSTOCK – Bucking the city administration’s recommendation, the Plan Commission approved a measure that could allow mobile kitchens in the city of Woodstock.

City staff raised concerns about mobile kitchens’ appropriateness in a city the size of Woodstock and whether mobile kitchens would interfere with existing businesses.

By a 6-2 vote Thursday, the Planning Commission’s approval could allow mobile kitchens to apply for a temporary use permit.

The issue is expected to come before the City Council for final approval at a meeting in September.

Specifically, the Planning Commission approved a measure that amends the city’s unified development ordinance to allow for mobile kitchens.

If approved by the City Council, mobile kitchens would be allowed on any private property. They would not be allowed on the downtown square area or neighborhood commercial areas, Woodstock Planning and Zoning Administrator Jim Kastner said.

The petitioner, Nabil Baaklini, is looking at an area near the McHenry County Courthouse for a mobile kitchen, Kastner said.

Though he said the Planning Commission addressed some of the city’s concerns, Kastner said he still was “a little uncertain how this will work out if it does get approval.”

The city administration was opposed to amending the ordinance because mobile kitchens, Kastner said, primarily exist in urban areas with a high population, diverse public transportation system, and a high level of pedestrian activity.

“Unlike in larger cities, the pedestrian traffic does not support amending the unified development ordinance to allow the operation of mobile kitchens in the city either as a temporary or special use,” a city memo stated.

The item initially was tabled at a June meeting because commissioners needed more time to consider whether to amend the ordinance to allow mobile kitchens with a temporary use permit or special use permit.

Though no one was at the public hearing Thursday, a Woodstock restaurateur spoke against the proposal at a hearing in June, Kastner said.

“There was a concern that this might take clientele away from existing restaurants, or provide competition that didn’t have to meet the regulations that other restaurants have to,” he said.

A mobile kitchen is intended for cooking or preparing hot and cold ready-to-eat food and drinks.