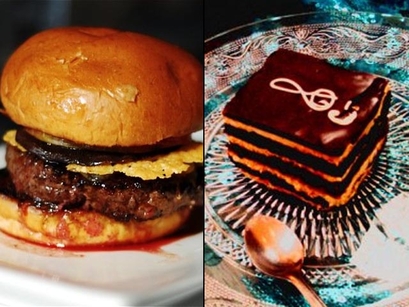 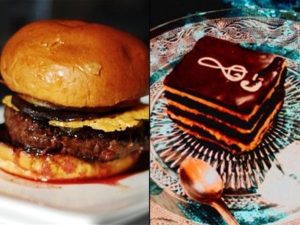 Two new food trucks are gearing up to roam the streets of Los Angeles, and our Twitter feed can’t update fast enough.

First up on the mobile agenda is Umami. But before you get too excited about scoring the fifth taste on the go, be aware the Twittering gypsy-style truck isn’t going to officially launch until 2010, reports Eater LA:

Yup, it’s happening. The ever-growing Umami collective will soon add “mobile” food vehicle to its roster. But here’s the catch. The truck has been purchased and should launch ASAP in Santa Monica, however at first it won’t be roaming the streets of LA, that will come early 2010. Umami at Fred Segal has been slightly delayed so the plan is to park the vehicle permanently (for the rest of 2009 at least) outside the store until it’s up and running.

And because a burger always goes better with dessert, meet Little Spoon desserts.

After testing the waters during the last couple of weeks, Little Spoon will start to roll out on a regular basis, splitting its time between private catered events and public locations. Wherever a sweet tooth aches, wherever a worker needs a distraction, wherever 3 p.m. rolls around and energy flags, Little Spoon will be there.

With all these trucks showing up around the city, we’re starting to wonder how we ever ate before Twitter. Hell, we’re wondering when trucks selling trucks will start showing up on Twitter. It’s only a matter of time.