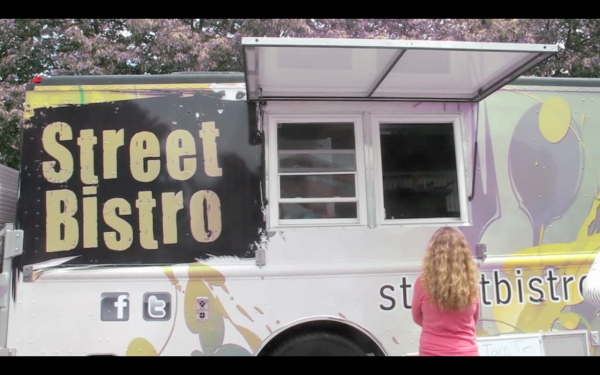 BANGOR, Maine (NEWS CENTER) — There is a new gourmet dining option for the lunch crowd in downtown Bangor.

The city now has its first lunch truck making its way around downtown but it is not serving your typical foods.

The ‘Street Bistro’ is run by chef Kim Smith and her daughter Colby Bennett. The two have been offering options like salmon tacos and escargot bites for people looking for a new twist on lunch. Smith got her start in food growing up in a French restaurant. Her truck already is drawing dozens customers during the days it’s parked downtown.

She says it’s all about taking the taste of a gourmet restaurant  down to the street.

“It gets people talking and sharing and seeing,” she said, “and they don’t have to sit down and be where they don’t fit in. It’s a lot more fun…and they’re getting it for half the price…so it makes it kind of fun.”

Smith and her daughter say that they are already gaining a following on Facebook and Twitter where they are getting feedback and taking suggestions for future offerings.