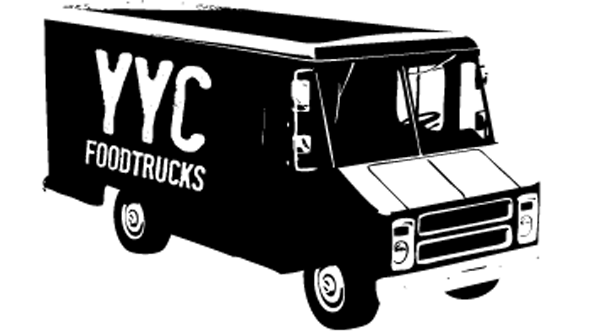 Getting lunch from the side of a truck? “It’s a fun way to get Calgarians out,” said fourth-year nursing student Kimberly Durham.

Dining out in Calgary can be hard while in school.

“As a student, I look for something that’s cheap,” said Durham.

University of Calgary Communications and Culture professor Dawn Johnston agrees with making gourmet foods accessible to everyone. “It’s a good sign that people are following the food trucks and are interested in trying different things.”

Food vendor liaison and creator of YYCFoodtrucks James Boettcher found inspiration for this undertaking while travelling through other cities, “especially in the U.S.”

Johnston mentioned San Francisco and Portland as being on the food truck scene for some time.

Calgary’s food culture is “very progressive” contends Boettcher. In the last five to seven years, the food identity has grown in Calgary, but slowly for an urban centre.

The political food scene is growing in particular, Johnston explained. This includes ventures such as guerrilla gardening, The Calgary Urban Harvest Project — turning a fallen fruit problem into a local food solution — and the various food banks throughout the city.

Durham does not believe that Calgary has a food culture.

“More events like this will bring Calgary closer to having one,” she said.

Durham attributes the perceived absence of a culinary identity as resulting from a lack of pride from Calgarians.

“They don’t take advantage of what the city has to offer.”

Boettcher, who also owns Fiasco Gelato, argues that “the emergence of cool restaurants that are committed to quality customer service, sourcing locally and sustainably,” contributes to Calgary’s growing dining scene.

With the help of the Downtown Calgary Association, the City of Calgary and Tourism Calgary, the Food Truck Pilot Project managed to begin a new, exciting dialogue on eating in the city. Durham hopes that there are more events like this “to introduce Calgarians to their city.”