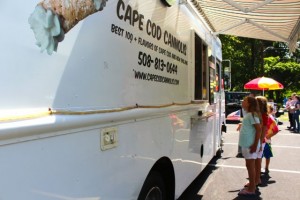 More than 20 of New England’s best food trucks will be lining up at the Cape Cod Food Truck Festival to serve a wide range of specialty foods to visitors — from Vietnamese sandwiches to lobster rolls to duck tacos to frozen hoagies to juicy burgers and fresh, bubbling pizza. 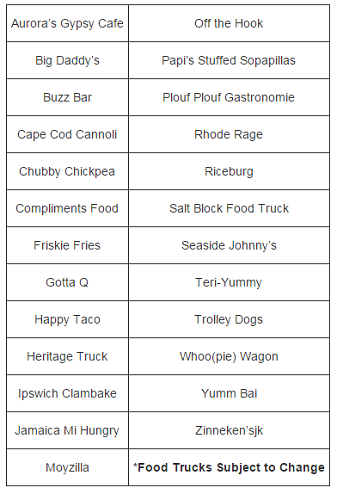 Country Music Singer/Songwriter James Otto will perform at the Cape Cod Food Truck Festival. His performance is presented by Cape Cod Broadcasting Media and Cape Country 104. Otto’s breakthrough hit, “Just Got Started Lovin’ You,” topped the country chart and was the Most Played Country Single of the Year in 2008, according to Billboard magazine. His vocal performance of that song was nominated for a Grammy.

As Otto’s star began to rise, his song, “Sunset Man,” peaked at No. 2 on Billboard’s Top Country Albums chart and Otto began earning a reputation as one of Nashville’s most compelling young songwriters. He co-wrote the Jamey Johnson hit “In Color.” which was nominated for a Grammy and won the Country Music Association’s “Song of the Year” award in 2009, and the Academy of Country Music’s “Song of the Year” award in 2008.

Otto has also penned songs for John Anderson, Trace Adkins, Randy Owen and many others including the Zac Brown Band’s hit “No Hurry.” For more information on James Otto, click here.

The Cape Cod Food Truck Festival will also feature a Samuel Adams Beer Garden, a Wicked Etsy Art Market, free face painting for kids, and other as yet unannounced fun surprises. Visitors are welcome to bring beach/lawn chairs and blankets for picnicking on the spacious grounds.

The Ultimate Ride: Kia Soul or Sportage to Be Given Away 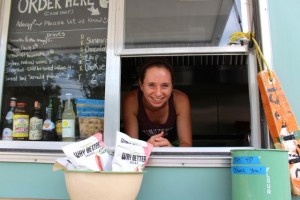 Beer Lovers Ticket – NOON – 5PM – Pre-paid online: $10, includes General Admission, plus one Sam Adams beer. Purchaser must be 21 years or older, and must bring a valid driver’s license to the festival.

Limited Number of Tickets at gate $5 cash only, First Come, First Serve.
Children under 12 are free.
Food and drink purchased separately.
ATMs will be on site. No refunds.

The 2015 Cape Cod Food Truck Festival will also feature a Wicked Etsy Art Market to browse and shop. Wicked Etsy Artisans are a group of New England based artisans that run their own individual shops on Etsy.com As stated on its website, “Etsy is a marketplace where people around the world connect, both online and offline, to make, sell and buy unique goods.”

Food Truck Festivals of America’s (FTFoA’s) mission is to create destination events that feature the trucks and the food they serve. The goal of the organization is not only to introduce communities across the country to the booming phenomenon of gourmet food trucks, but to support the small business owners who run them.

The organization’s executives believe that “Food Truck Fever” is here to stay.
Its six festivals this year will feature some of the same locales as last year, Worcester, New Hampshire, and Cape Cod, and new locales, including: Providence, RI, South Carolina, New Mexico and Fort Myers, FL.

Directions to the Cape Cod Fairgrounds

About the Cape Cod Fairgrounds

The Cape Cod Fairgrounds hosts a wide range of event types — open to the public or by invitation only. Over 100 acres of open-air fairgrounds, an outdoor arena, stage and thousands of square feet of indoor space provides an amount of foul-weather flexibility unmatched on Cape Cod, and saves event planners from having to rent costly tents and securing rain dates.
On and offsite parking is available for events of all sizes and Fair staff is available to staff the outlying lots. The Cape Cod Fairgrounds is open year round. The Fairgrounds hosts major Cape events such as the Barnstable County Fair.