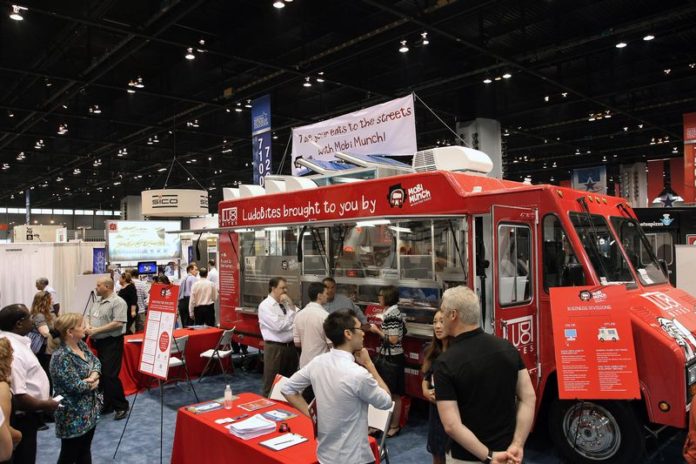 Food trucks have gained both recognition and popularity recently, and the trend is not showing any signs of slowing down. In fact, it was ranked as a top trend in the National Restaurant Association’s What’s Hot in 2011 survey.

More than 1,500 professional chefs (American Culinary Federation members) participated in the survey, and about one-third named food trucks and pop up restaurants as the hottest operational trend for restaurants next year.

Both newcomers and well-established restaurateurs are getting in the mobile foodservice and temporary restaurant game. The start-up costs of these types of ventures are typically lower than traditional brick-and-mortar restaurants and can allow for more experimentation on menus and marketing strategies.

One well-known chef who is operating both a food truck and a pop up restaurant is Ludo Lefebvre. The LudoBites concept is extending his Los Angeles clientele beyond the walls of the traditional kitchen. He even made it all the way to Chicago for the National Restaurant Association Restaurant, Hotel-Motel Show (set for May 21-24, 2011 at Chicago’s McCormick Place) last May to showcase his truck and participate in an educational session.

The mobile foodservice trend also ties into what the chefs identified as the third hottest operational trend next year – social media-based marketing (17 percent).

Read more about the What’s Hot chef survey and what will be trendy on restaurant menus next year.