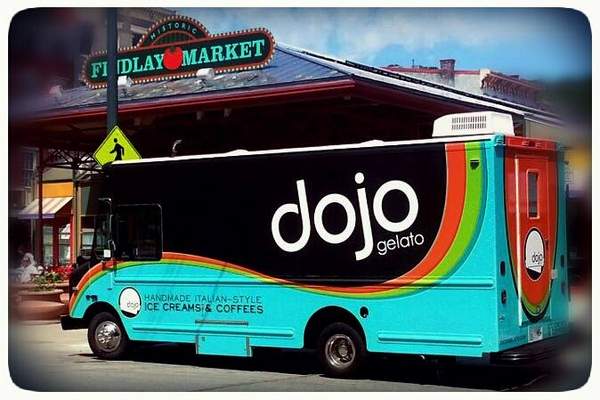 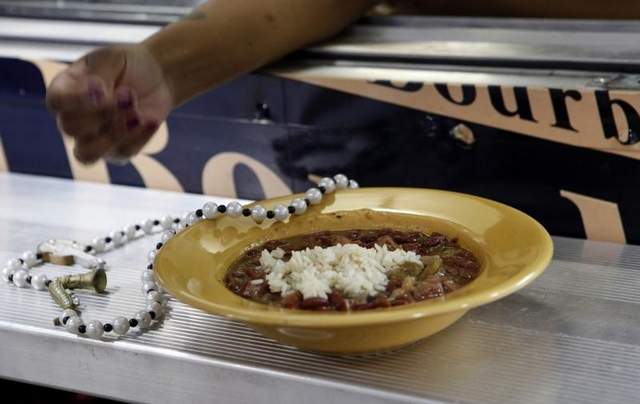 The Greater Cincinnati food truck fleet is growing: more pizza, more burgers and, best of all, more kinds of food, from Korean to kebabs. The trucks are cruising festivals, setting up outside bars, and parking in office parks at lunch. And one of the best developments is that food trucks are setting up outside local brewpub tasting rooms. Another trend: several food trucks have now opened brick-and-mortar locations.

You can find food trucks in the Downtown area only in designated locations: Washington Park, Fountain Square, Court Street, and 12th and Clay (that one’s open late). In other parts of the city, they can park wherever they can find room. There are a couple of places where they gather on a regular basis: Once a month during Final Friday, many of the trucks meet up for Night Owl Market at the corner of Main Street and Central Parkway for late-night noshes from 10 p.m.-3 a.m. There’s also a regular food truck event in Covington, 11 a.m.-3 p.m. on the second Thursday of the month from April-October. It alternates between Washington and 7th and Covington Landing.

You can find that schedule, and other useful info at the Cincinnati Food Truck Association Facebook page. 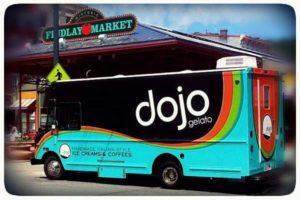 One of the very first trucks in town, Café de Wheels serves big, juicy burgers with lots of the accompanying dishes: veggie burgers, fries, barbecue pork, funky fries (with the barbecue pork) and sweet potato fries. Look for them at Party in the Park, at MadTree Brewing, the City Flea and an occasional office park. www.cafedewheels.com.

Bones Burgers also serves up big juicy burgers made from grass-fed beef, along with salmon, turkey and veggie burgers. You will find them at suburban office parks, and in Oakley outside Animations Bar on Friday and Saturday nights. www.bones-burgers.com.

Bistro de Mohr is the new project of Mohr’s Animal Acres: instead of selling the meat they raise at farmers markets, they now turn it into sandwiches and sell them from their food truck. Hamburgers from 100 percent grass-fed meat are always on the menu; you also might find lamb sausages, duck kebabs or braised rabbit.http://www.facebook.com/BistroDeMohr/info

Fireside Pizza wagon tows around a portable wood-fired pizza oven on a cart. I’ve seen it going down the street trailing smoke. They make delicious, thin, crisp-crusted artisanal pizzas that take just a few minutes to bake in the hot oven. They are always at the Wyoming and Madeira farmers markets, and usually at Findlay Market on Saturday.www.firesidepizzawagon.com

Pizza Bomba: You can buy pizza by the slice or the pie; there is always cheese, pepperoni, and two others, which could be anything: They offer spinach ricotta, mac and cheese, goetta, mole and Kim Cheeza: yes, that’s pizza with Korean kim chee. Since they opened last year as a truck, they have also opened a restaurant at 14 E. 5th St. in Covington. www.pizzabomba.com

Catch-A-Fire Pizza: More wood-fired pizza on a truck. Find piping-hot, cheesy individual pizzas (actually, a good size for two) with toppings of your choosing, plus panzanella salad, garlic bites, and panna cotta for dessert. They also make their own Italian sodas on the truck. www.catchafirepizza.com

Pizza Tower, a locally owned pizzeria in Symmes Township, has a truck you can see at festivals, Fountain Square and office parks.www.facebook.com/thepizzatower

Mellow Mushroom had a food truck — or, rather, a Bake Bus — at Taste of Cincinnati, but it’s a national truck that goes to big festivals around the country. It could be back for the Bunbury Music Festival.

Mr. Gene’s Dog House: The Poodle, the Doberman, and the Dachshund, along with the Mama Mia and a Chicago dog, are among the Weenies on Wheels from Mr. Gene’s, who also has a stand on Beekman Street in Cumminsville. www.mrgenesdoghouse.com

Mr. Hanton’s: Expect lots of variations on the hot dog, from chili dogs to lamb sausage and Italian sausage or a veggie “handwich.” Mr. Hanton’s is also opening a brick-and-mortar location in the new U-Square complex near the University of Cincinnati, at 249 Calhoun St. Look for the truck in Mount Adams on the weekends.www.mrhantons.com/truck

Hot Doggin’ It: This used to be a little restaurant in Symmes Township. Now it’s an 18-foot trailer from which Chicago hot dogs, beef, Polish and Italian sausages, gyros, and chili fries are served. Hot Doggin It spends most of its time at suburban office parks, including in Westchester, Mason and Blue Ash. On the weekend, they’re at the Loveland Bike Trail from 11 a.m.- 6 p.m. The schedule is on their website.

EAT! Mobile Dining: This van serves up salads, soup du jour, sandwiches like the Day After Thanksgiving and grilled paneer, and pastas. They go all over; they have a complete list on their website:http://eatmobiledining.com.

New Orleans To Go: You cannot miss it; it’s a big truck, wrapped in images of New Orleans. What they serve changes daily, but they might offer po-boy sandwiches or Louisiana specialties such as etouffee or gumbo, all with some Big Easy attitude. They now have a cafe in Blue Ash, too, at 10921 Reed Hartman Highway.www.neworleanstogopoboys.com.

Urban Grill: This is a new truck, colorfully wrapped with scenes from Cincinnati. It offers grilled meats on couscous or pita, plus smoked meats, and a rotating menu of gourmet sandwiches.www.urbangrillfoodtruck.com

C’est Cheese: Grilled cheese sandwiches of all sorts, soups, and homemade pickles to go with them, all served from a cheese bus. You might order a salami dunk sandwich, a red, white and bleu, or an Oscar Mayer Robertson. They’re at the Washington Park Farmers Market on Mondays, and a selection of other farmers markets and business parks. http://cestcheesecincy.com

Blue Oven Food Truck: The wood oven-baked bread that inspires long lines at farmers markets is now the basis for sandwiches served from a food truck. They use products from other food market participants for choices such as strawberry croissants, or foccacia with egg, asparagus and truffle oil. Look for them at the Hyde Park Farmers now, and later in the summer at others, such as Loveland, Madeira and Northside.

Waffo: Soft Belgian waffles get paired with toppings both sweet and savory in this truck. They will put bacon in a waffle, or goetta and gravy or pulled pork. You can also get them with nutella, cinnamon sugar, or apples and hot caramel. They fold up and can be eaten out of hand.www.facebook.com/Waffotruck

Queen City Cookies: The bakery that makes beautifully embossed and decorated cookies also brings other baked goods — cupcakes, cookies and schnecken — to the street as well in their pretty pink truck. Find them at special evening events.

Cold Stone Creamery: The mobile version of the marble-slab ice cream chain doesn’t do mix-ins — yet. But they have pans full of some of their specialty ice cream mixes.www.facebook.com/ColdStoneCaters

Chill Ice Bar: The most adorable food truck ever! It’s actually a tiny Smart Car — with a battery-operated shaved ice machine and a sink in the back. They do natural syrups on shaved ice. Find them at Krohn Conservatory through June 30, and at Findlay Market on Saturday and Sundays.