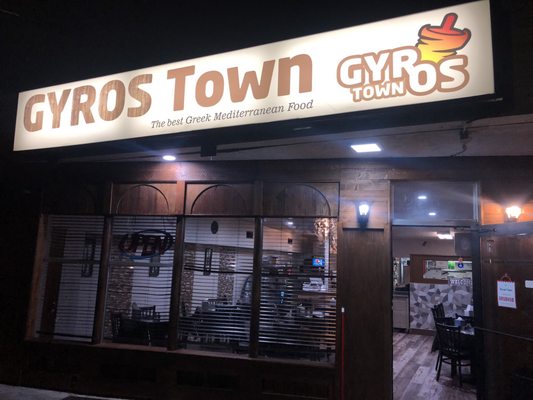 A fresh Mediterranean and Greek eatery, offering seafood and more, has made its debut in the neighborhood. Called Gyros Town Restaurant, the newcomer can be found at 2276 S. Colorado Blvd. in University Hills.

Originally getting its start as a food truck, Gyros Town Restaurant specializes in classic Greek and Mediterranean dishes. The menu features a sizable assortment of chicken, vegetarian, beef and lamb entrees, such as gyros, kebabs and curry, as well as various salads, soups and sandwiches.

Gyros Town Restaurant has already attracted fans thus far, with a five-star rating out of three reviews on Yelp.

Rae A., who was among the first Yelpers to review the new cafe on Oct. 28, wrote, “[Gyros Town Restaurant] was so good! The hummus was the best I’ve had in a very long time. Maybe the best ever!”

Yelper Jill M. added, “We tried the gyro sandwich and chicken shawarma sandwich. Both were very good. The gyros were flavorful, and the chicken was tender and juicy.”

Swing on by to give it a go for yourself: Gyros Town Restaurant is open from 4 p.m.–midnight daily.