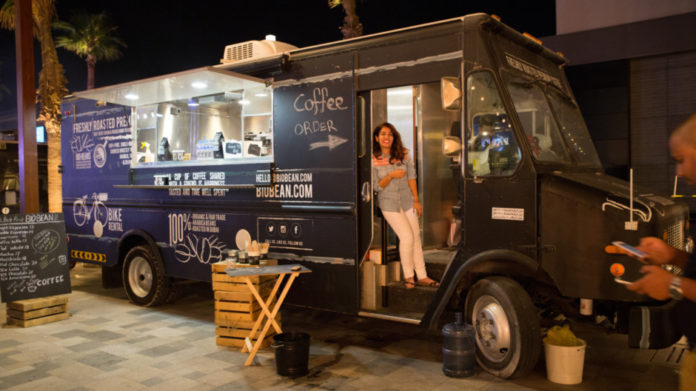 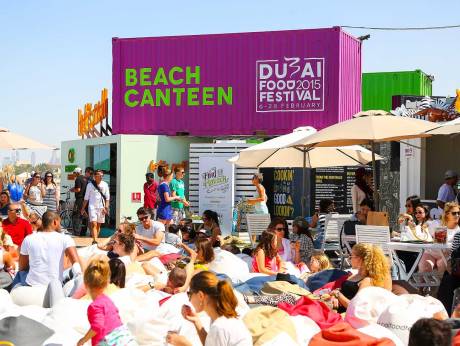 Running from February 25-March 12, there are countless food-related activities taking place across Dubai, and at the hub of it is the Beach Canteen. This set-up on Kite Beach in the heart of Dubai’s Umm Suqueim neighbourhood and is bright, family-friendly, and free to enter. One it opens on February 25, there will be 17 home-grown restaurants; celebrity chef appearances; daily, free fitness classes (handy!); open-mic nights (February 29 and March 1,7 and 9) and Bookmunch’s storytelling by the sea (Thursdays and Fridays). There are both farmer’s and fashion markets, film screenings (on Fridays) and beach sports. You can also buy tickets for other DFF events here.

Below, check out the rest of our picks for the festival. Plenty of other events will be taking place as the festival draws to a close in March, including Taste of Dubai and The Big Grill BBQ fest — if you’re still hungry.

Need to know: Tell the taxi driver to drop you on the section of beach round the corner from the Saga World turn-off on Beach Road. 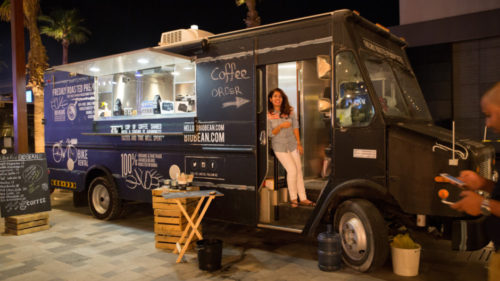 This new addition sees top Dubai restaurants serving a three-course set menu for Dh189 per person. These are the kind of places where a main course alone could set you back at least that much, so it’s a great opportunity to check out the city’s most-talked-about venues and decide for yourself if the hype is real.

What to expect: With only ten days, and 30 restaurants taking part, you’ll need to be ruthless in your choices. We say: don’t miss Yuan for Chinese; Rang Mahal and Junoon for Indian; Thiptara and Rivington Grill for dazzling Downtown views; The Hide and the Rib Room for the carnivores; and for the glamour pusses, Okku and Social By Heinz Beck.

Need to know: Tables (non-refundable) must be booked via Roundmenu.com, for seatings at 7.30 or 9.30pm and a minimum of two diners. Drinks are extra. It runs February 25-March 5, 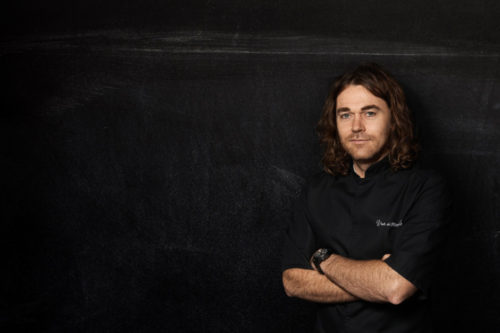 What to expect: There are several opportunities to meet and learn from them at an array of masterclasses. (The Dine With The Stars gala dinner on February 26, where all five Australian chefs will present different courses, is already sold out.)

Need to know: Masterclasses are at Dubai’s School of Culinary and Finishing Arts (SCAFA) on February 26 and 27 and March 4-6. If you want to get the inside track on the Dubai food scene, try the Local Heroes masterclasses, lead by chefs from Dubai restaurants including Coya, TRESIND, Tom & Serge and Jean-George (March 8-11). 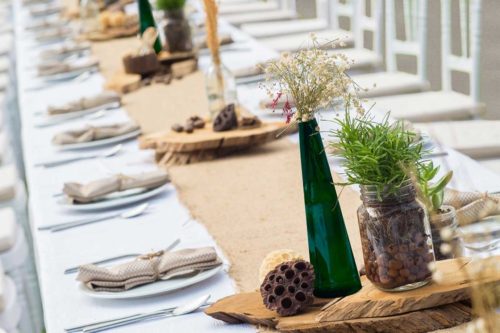 Want to have lunch with 1,000 of your fellow food lovers? Head to Mohammad Bin Rashid Boulevard in Downtown, where a table seating that many people will be set up to serve a midday meal. Just be glad you’re not on washing-up duty.

What to expect: There is a choice of six three-course menus created by the chefs of The Address and Vida hotels.

Your favourite Arabic- and English-language cooking channel is bringing its chefs out from behind the camera to teach you to cook in person. Nine chefs — Arda Turkmen, Lidia Bastianich, Daad Abu Jaber. Layla Fathalla, Mohammad Orfali, Sadiqa Ismail, Salma Sulaiman, Tarek Ebrahim and Wafaa Al Kandari will be present.

What to expect: We’re huge fans of all Fatafeat’s chefs, but you can’t miss the no-nonsense Bastianch on her first visit to the UAE.

Where does art meet food? This year, at Bay Avenue in Business Bay. The event is now in its fifth edition with 150 participants including artists, dancers, musicians, street vendors, and food outlets.

What to expect: This is a one-stop-shop for all your favourite hipster activities, from spray-painting and a B-boy dance competition to shopping and food stalls.

Oh, food trucks. It wouldn’t be a UAE food festival without them. In fact we do sometimes wonder where they all live when there isn’t an official gathering, because despite talk of regulating the industry, you’re unlikely to find a food truck plying the streets selling Cuban sandwiches a la Chef. So these are basically just little restaurants. Yes, we’re as bitter as a bunch of broccoli rabe, but we know folks can’t get enough of them. So enjoy.

What to expect: 12 home-grown UAE trucks — such as Biryani Pot, Desert Chill and Shebi’s Lebanese-Indian mash-up — will be joined by 15 trucks from the UK. They are all pretty drool-worthy, including The Cheese Truck, which is a nice does-what-it-says-on-the-tin concept; Mark Hix’s gourmet fish finger sandwiches; The Other Side’s fried chicken burgers topped with four-hour-smoked honey butter (you read that right); and Crabbie Shack’s crab burgers, because, SpongeBob. There’s also a cake-decorating contest judged by Eric Lanlard and Rosemary Shrager.