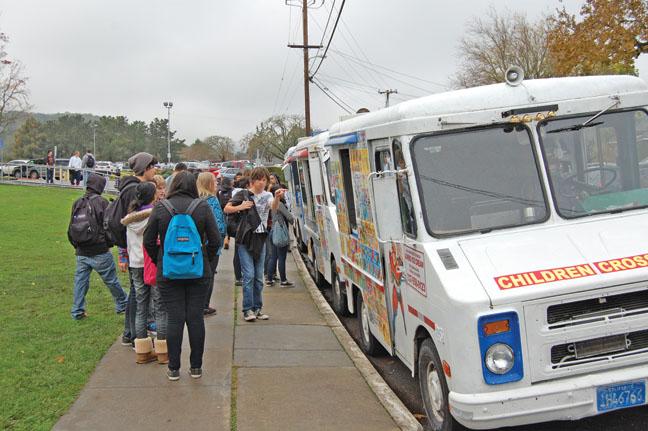 THE LESSONS Novato high school students receive about nutritious diets are reinforced by the food they can buy on campus. Junk food is not sold on campus.

But that junk-free zone wasn’t enough for frustraated school officials, who wanted the city to join them by banning vendors who sell sodas and other sugary snacks near the campuses.

The Novato City Council, wisely, declined to do so.

All teens have to do is walk off campus and and they can buy sugar-laden sodas, ice cream and other junk food. Many kids do just that.

Even if the vending trucks were banned from parking within 1,500 feet of the campuses, students could — and would — just make a short walk to the closest store and buy the same stuff.

The healthy business these vendors do near campus is frustrating for educators, who work hard to teach their students about good nutrition in hopes that they will make better choices about what to eat. Those lessons are important, but they need to remember they are planting seeds that will take time to take root and change behavior. Trying to create a junk-free zone when those snacks and drinks are readily available nearby isn’t the answer, as tempting as it is.

After all, do school officials really believe students are making healthful choices when they are allowed to leave campus during lunch to get food?

They have set their sights on the food trucks, whose presence and business make what they call “a mockery” of the school’s wellness programs.

The city already has a law that is supposed to prevent vehicles parked in front of the school from parking for longer than 10 minutes.

That rule should be enforced in front of the schools. But the purpose of the law is to make parking in front of the campuses safer and more orderly, not to prevent food trucks from doing business.

Public discussion and debate over the proposed parking ban has helped reinforce the worthy educational message about nutritional alternatives to fast foods and our nation’s fight against childhood obesity.

But teens are going to have to learn to make healthful choices. Moving the trucks 1,500 feet down the street doesn’t eliminate those temptations.

All banning food vendors from the front of Novato and San Marin high schools will do is possibly make educators less frustrated. It won’t keep kids who want to buy and eat junk food from doing so.

We hope that more and more students will absorb the lessons about eating correctly and will stop buying the junk food peddled from those trucks. If they stop buying what the vendors have to sell, you won’t see them parking in front campus — or they will start selling more healthful foods and drinks.

Education at school and at home about the benefits of eating correctly, rather than a ban that won’t work, is the best way to make that happen.