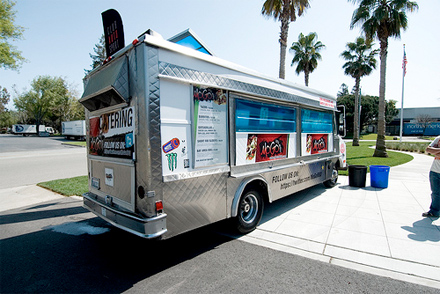 Mark your weekend calendars – San Jose is finally joining the food truck generation. The craze that has taken hold of the City for months is now officially making its mark in the South Bay.

Next Saturday will be the first-ever “SJ Eats: A Moveable Feast.” On April 2 some 20 restaurant on wheels will converge downtown. All you have to do is belly-up-to-the-truck and enjoy some really good food.

Food truck vendors have been featured on foodie channels and shows like Oprah as a great alternative for fine dining. You get the same food, but at a fraction of the cost.

Saturday’s event is sponsored by San Jose Made. It’s described as “an intimate, one-day event comprised of local storeowners, makers, artists, and purveyors of San Jose made and inspired goods.”

You’ll be able to buy small plates and signature bites at both the lunch and dinner hours in the Fallon House parking lot at Almaden Avenue and St. John Street.

Here’s the latest list of available food trucks who have signed up for the event: