From authentic Mexican to barbecue to macaroni and cheese, festival goers flocked to the Frederick Fairgrounds to try a variety of food. They could then wash it all down with a beer from Rockwell Brewery or a glass of wine from Sugarloaf Mountain Vineyard, the two vendors on site selling alcohol.

The idea for a food truck fest came about almost two years ago, according to Lorenzo Nichols, an organizer of the Frederick Food Truck Festival. The original idea was to have a smaller event with just a few food trucks last year.

Nichols and the other organizers decided to push the event back a year and hold it at the location they wanted with more food trucks and vendors.

He wasn’t exactly surprised by the large crowd because he knew having music and food together will bring out a lot of people on a hot, sunny day.

Rowan Dell-DeRonde, from Palmyra, Virginia, was holding a large portion of macaroni and cheese from a mac and cheese truck, adding that she may be too full from that to try other food trucks.

“I actually heard about it from my family,” she said of the festival. “It just sounded like a really good idea and it’s a weekend event. It just sounded good to get out in the sun, see some food trucks, get some good food and listen to music.”

Babatunde Kolawole, from Washington, D.C., had already tried the Mexican food truck, the mac and cheese food truck and was in line to try some specialties at the Gambrill Mt. Food Co. Truck. Gambrill was serving up parm truffle fries, fried green tomatoes and more.

While he was enjoying the festival, he believed Frederick can do more for its “outdoor social scene.”

“There’s not a lot of that D.C. feel that I’m used to,” he said. “And once I see more of that, I feel like it can shine as city. It’s cute, it’s quaint, but I’m ready for it to take the step up to become more of a McLean, Virginia.”

“But I’m not surprised by the turnout,” he added. “People love food and people love music.” 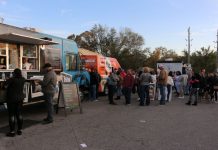 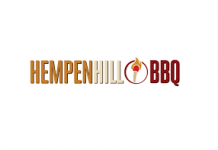 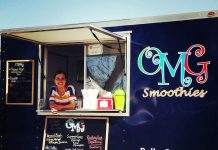