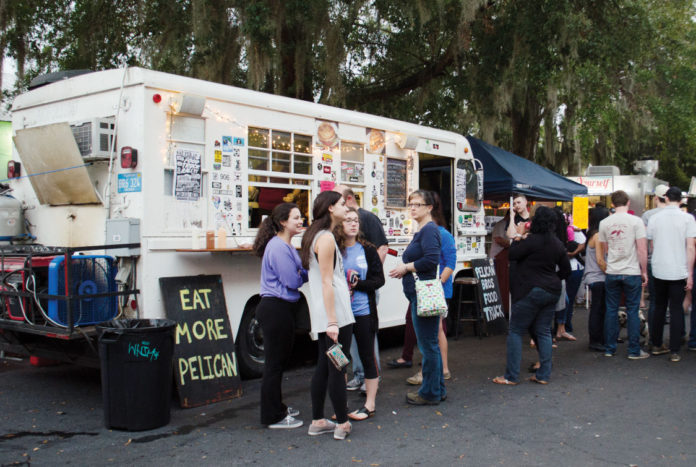 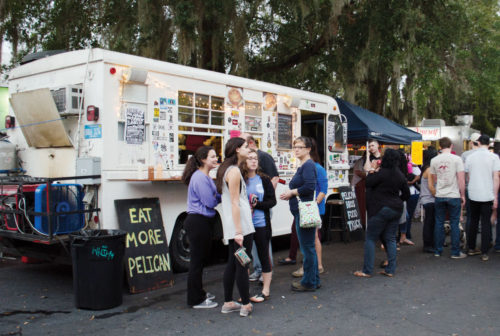 The response was instant, he said. Ten minutes into the first rally, the parking lot was full of trucks with 45-minute lines.

“We knew right then it was a hit,” Lavery said.

Riley Hawkins, a 20-year-old UF political science junior, attended the rally last Spring and was put off by the large crowds and wait times.

“It was really cool to see a bunch of people to come out and support small businesses like that, but it took me an hour to get a grilled cheese sandwich,” Hawkins said.

As of press time, the rally added three new vendors to shorten wait times. According to the event’s Facebook page, line wait times are expected to be about 10 minutes, and musicians will perform throughout the night.

“As a consumer it wasn’t convenient, and I guess the point of a food truck is to be convenient, so I think they missed the mark on that,” Hawkins said.

The food truck rally is about more than consumers, Lavery said. This year, the rally will benefit Plenty of Pit Bulls, a nonprofit that advocates for pit bulls and pit bull mixes.

As usual, High Dive will also host a concert during the rally.