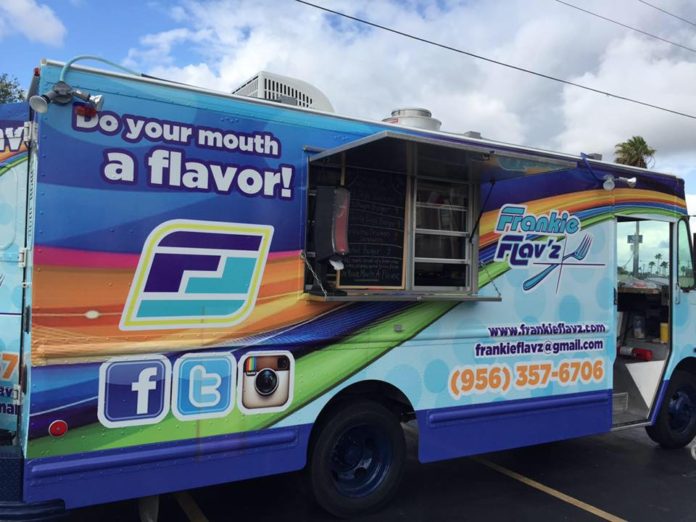 By Kayleigh Sommer  |  Brownsville The Herald 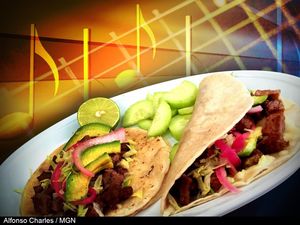 In English, it means “the chief” and it’s one of the most popular dishes he serves out of his food truck, Frankie Flav’z.

This sandwich is not an ordinary sandwich. It consists of mojo braised pulled pork with added South Texas flavors.

In one bite you can taste the cumin, garlic, citrus, herbs and spices that give it just the right Rio Grande Valley/Cuban flavor.

The pork is laid on a buttery bun and then topped with Swiss cheese and pickles, served with a side of fries sprinkled with cilantro.

Macias, operator and chef of Frankie Flav’z, hopes his El Jefe will win him the title of Texas Food Truck Showdown champion when he competes next month in Waco.

For the past six months, Macias and his truck have traveled around town serving hundreds.

When they opened the business, it was El Jefe that turned out to be the boss sandwich.

“When we opened, that is the sandwich that took off,” Macias said.

It was the sandwich most likely to be ordered five times in a row.

On April 2, Macias is set to compete against

39 food trucks from around the state all differing in offerings.

Competition judges have allotted a certain amount of time when the food trucks will be able to serve only one signature dish to what is expected to be more than 20,000 people this year.

Several of the food trucks, Macias said, have been featured on the Food Network. The 39 were selected out of the thousands that applied.

Some of the more experienced food trucks have reached out to Macias wishing him well.

“I’m sure all of them have passion just like I do,” Macias said. “I think it will be something different.”

All, including Macias, were hand selected. Frankie Flav’z is the only food truck from the Valley to be selected.

Macias, who is avid in promoting his food truck through social media, said that’s what the competition officials were looking for when they made their selection.

“They check your Facebook, your following, your food, reviews,” he said.

What started as a hobby for Macias quickly turned into a passion and a career. Macias opened his truck about eight months ago and regularly operates out of the Food Truck Park at the Harlingen Area Chamber of Commerce.

But when Macias and his truck aren’t at the chamber, he can be found out and about Harlingen providing what we he calls “gourmet food with a South Texas feel.”

Macias graduated from the Culinary Arts Program at Texas State Technical College in May 2014 and at that point started researching what it would take to open a food truck.

“I thought about opening up a restaurant, but when I would visit Houston or Austin I would see how popular these food trucks were up there,” said Macias, originally from Rio Hondo. “I knew that’s what I wanted to do. I wanted to bring gourmet food to the streets. So I started doing research.”

Officials anticipated 5,000 people and 20 food trucks but they were surprised when the event far exceeded expectations with 35 food trucks traveling to Waco from all over the state while serving upwards of 15,000 people.

Macias is just happy to compete, but the prize would be an added bonus. The money he would put back into the truck, if he wins.

“Being picked is an honor. To win it would be unbelievable,” he said. “I think it will help encourage other local trucks to compete, get out there and think outside of the box.”