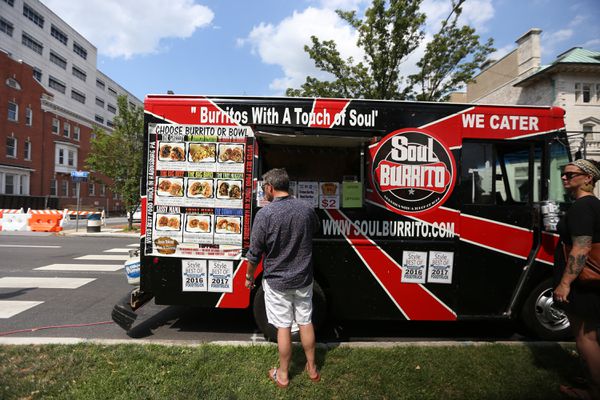 Don’t want to grill burgers and dogs on July 4th? No problem.

Let the food trucks do the cooking. A fleet of more than 40 mobile vendors will roll into Harrisburg on Thursday for the city’s July 4th Food Truck Festival and Fireworks.

Some trucks will arrive as early as 1 p.m. and the full slate of vendors will be parked in Riverfront Park along Front Street by 3 p.m.

To accommodate the event, Front Street will be closed 9 a.m. to 11:30 p.m. from Walnut to Forster streets.

As expected, there will be no shortage of food with something for everyone. You’ll find crab cakes and Mexican, barbecue, stuffed pretzels, funnel cakes, burgers and cupcakes.

Also, new this year will be a wine garden featuring such central Pa. vineyards as J&P Winery, Bouchette Vineyards, 5 Schmucks Winery, Nissley Vineyards and the Winery at Hunters Valley.

Be sure to bring your lawn chairs and blankets. Fireworks are scheduled to launch from City Island around 9:15 p.m.

To help you graze through the sea of food trucks, here’s a handy guide with some top picks followed by the full vendor list.

Bricker’s is an institution in central Pa. They’ve been in business since 1965, so generations of locals have lined up at the portable trucks for the fresh-cut fries cooked in soybean oil. Bricker’s is a fixture at places such as the Markets at Shrewsbury and York Revolution baseball games. But the York-based company also caters to the fair, festival and special events circuit with 30 trucks.

The Soul Burrito has become a familiar name on the food truck scene. Obi and Nicole Linton and their family have been feeding central Pa. fans their signature burritos at festivals and food truck gatherings since 2014. They tried their hand at a market stand and sit-down restaurant but returned to focus on their truck business.

Their bold burritos are made with seasonings such as Caribbean spices, curry and Japanese basil. Burritos also combine soul food, Jamaican and Caribbean influences.

“We are just burritos without borders. You can pretty much do anything you want. As long as the flavors work together, we’ll make it,” Obi Linton once told PennLive.

It’s All Greek To You

Owner Pete Psichogios, a Chicago transplant, came up with the idea for the food truck after being let go from his job at Frito-Lay. That was nearly six years ago. Now the blue and white truck motors around to events selling its authentic foods including gyros, spanakopita, moussaka and baklava. Psichogios grew up in a large Greek family and is using family recipes. During the festival the truck will serve Greek salad, Greek fries, chicken kabob, gyros, chicken gyros and baklava.

Just follow the smoke to this truck. Fans can’t get enough of the homemade food. Get Smok’d BBQ specializes in a variety of smoked meats including pulled chicken and pork as well as brisket and smok’d sausage with peppers and onions. Also look for BBQ sundaes, loaded nachos, coleslaw, mac n’ cheese and baked beans. 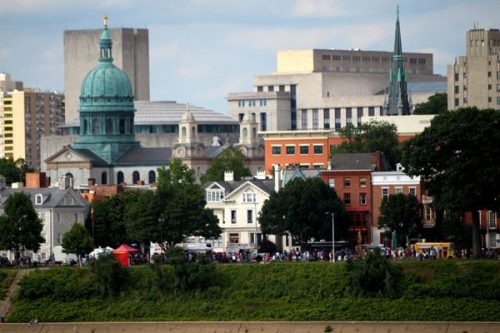 Coco Bongos of NY: A variety of frozen drinks 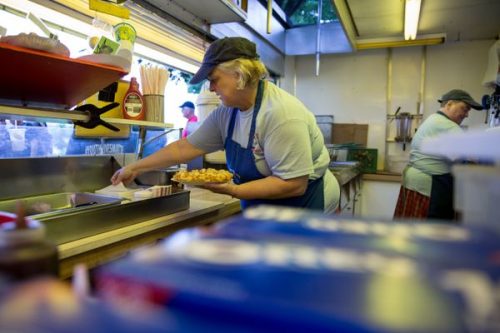 Soul Wings: Chicken wings in a variety of flavors. 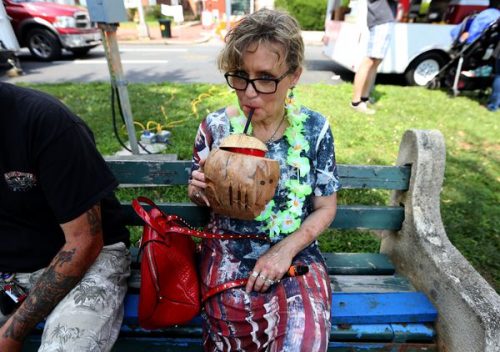