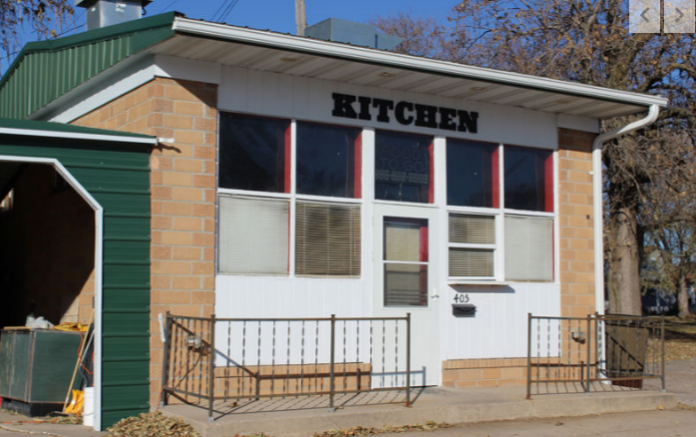 HOLDREGE — Jim Fry remembers standing in a sink watching his father work in the kitchen.

He’d ask him questions, and his father, Bob Fry, would tell him everything about cooking. By the time Fry was 10, he had cooked a meal for his family. Fry worked as a youth in his family’s restaurant, The Regal Steakhouse, in Holdrege.

He’s been cooking for more than 50 years, and in the last seven years, he’s served his cuisine out of his food truck, Grinders. Fry’s latest venture is serving food out of the Kitchen in Holdrege.

“We just needed something to do in the winter,” Fry said about the Kitchen.

Fry began the food truck seven years ago, and the truck has become known for sandwiches like the World Famous Pulled Pork, the Grinder or the Pig 3 Way. When Fry started the food truck, he’d cook the food in his house and on the truck. But when the business grew too large, he expanded into a location at 405 Fourth Ave. in Holdrege.

“When I was a kid (the location) was a liquor store. Then it went into a couple other things. The most recent thing was a tattoo shop. I got a tattoo here,” Fry said with a laugh. “I’ve bought beer in here, I’ve got a tattoo in here, and now I cook in here.”

Fry transformed the space into a large kitchen, and he began serving food out of the location three years ago. His bright orange food truck travels around central Nebraska in the spring, summer and early fall. When the weather starts cooling down, the Kitchen is open for business with a different fare available for customers.

“It’s food I learned from my grandma. It’s just real food,” he said.

Fry and cook Logan Dethlefs serve Tuesday through Friday at the Kitchen. Each night features a different dining option such as lasagna on Wednesday, chicken fried steak on Thursday and pizza on Friday. Everything is made from scratch, and Dethlefs posts on Facebook what will be served each day. They begin taking orders at 4 p.m., and customers can pick up their order at the Kitchen’s window.

“We prep food all day, sell it and then go home. It seems to be working. Everything is delicious,” Fry said.

Dethlefs added, “We have a lot of people we serve every day. They figure out they can have a good meal they don’t have to cook, and it’s cheap.”

The pair have experimented with different items on the menu, but they have figured out what works best for them and for their customers.

“We pretty much make the food people want to eat, and they let us know by ordering or not,” Fry said.

Once people place their order on the phone and head to the Kitchen, their order is ready by the time they come to the Kitchen’s window. They typically serve the amount of people in two hours that a restaurant would serve in five, Fry said.

The biggest complaint they get at the Kitchen is when they sell out of food. Customers often will travel from around the region to pick up a meal at the Kitchen.

Fry loves the food truck and getting a chance to see so many people on the road, but both Fry and Dethlefs enjoy the change of pace from the food truck to the Kitchen.

“It keeps us fresh,” Fry said.

“It’s kind of nice to have a change of pace. I love the food truck and cooking the food. It’s fun, but after months and months and months of doing that menu, it’s fun to do something different,” Dethlefs said. 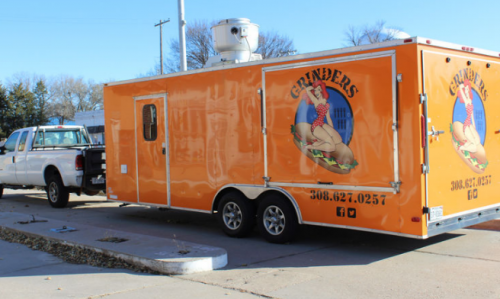