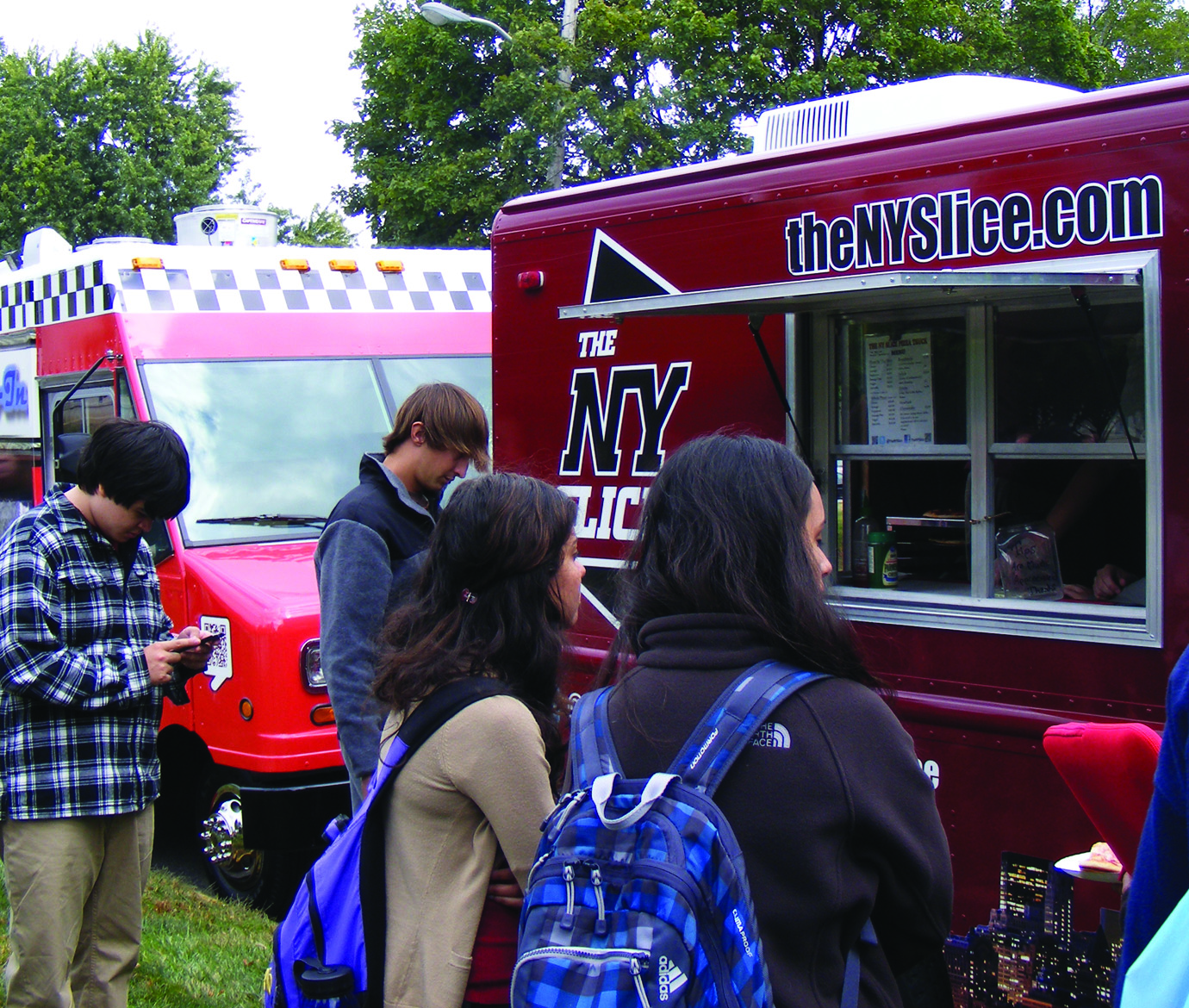 The NY Slice and Scout’s Treats food trucks parked by Norris Plaza for lunch service but were asked to leave before the rush ended because they violated both an Aramark stipulation and the university’s ban on solicitation.

“Businesses cannot be here without being invited in,” Irene Stevens, dean of student life, said.

Under the solicitation policy, no business can operate on campus without being invited by a student organization and approved through the PuLSE office.

Aramark’s contract also states that it is the sole food vendor on campus, and exceptions to that policy must be approved.

The solicitation policy was enacted many years ago, Stevens said, to keep students from being approached by disreputable salespeople.

“Our experience at other universities has been foreign to this,” Moyer said.

Moyer said business was good before the trucks left, and she would like those on campus to be able to choose where they eat.

Freshman Rithvi Melanta, a chemistry and engineering major, was one of many students who ate at The NY Slice and the Edward’s Drive-In trucks at Student Government Association’s assembly kickoff Tuesday.

The trucks came after being invited by SGA.

Melanta said she understands why the policy exists but said it limits students’ choices.

“They’re not really taking students away from eating here,” Melanta said. “They’re giving us closer options for eating out.”

Moyer and NY Slice owner John Ban said they would like to work with the university to be able to return.

“We’d love to come back for regular lunches,” Ban said.

Stevens said there is no push to revisit the policy and the administration will be enforcing it in regard to other restaurants like Jimmy John’s.

She said they will be informing them of the policy and not allowing them to pass out free food on campus.

“We’re going to tell them, ‘This is our policy. Please abide by it,’” Stevens said.