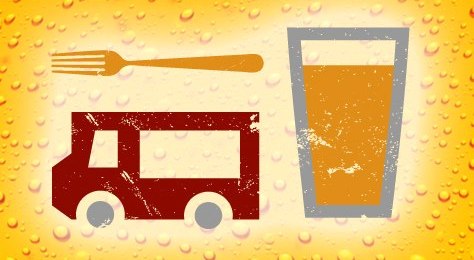 The Front Range Rally will highlight local craft breweries and food trucks all the while raising money for the Food Bank for Larimer County.

Thirty plus breweries highlighting more than 100 beers and 15 food trucks will be part of the Front Range Rally. Grimm Brothers Brewhouse is the event’s organizer. Paul Ferguson, Grimm Brothers’ Marketing Director, says the rally developed organically considering that craft beers and food trucks are such a natural pairing in Northern Colorado.

Grimm Brothers approached the Food Bank for Larimer County with the partnership proposal. Lauren Mingus a spokeswoman for the food bank says they jumped at the opportunity.

“It’s a very unique partnership. We are hoping it’s going to translate well. Some people might think it’s kind of a strange pairing but it’s kind of the culture of northern Colorado. The food trucks and the craft beers are kind of a signature of our community. And so we look forward to it being a great partnership and a great way to raise awareness and funds for the food bank,” said Mingus.

Attendance will be capped at 1,500 Saturday, May 18 at the Loveland Food Share. If all goes well they plan to make the rally an annual event.

Tickets range from $33-$44 with the net proceeds benefiting the Food Bank for Larimer County.

See the pour list [.pdf] for all participating breweries and their beers.