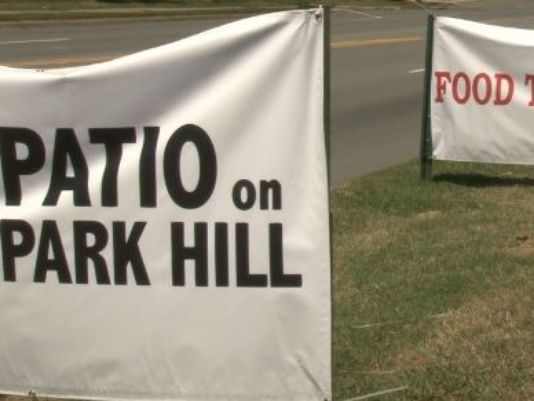 It’s the first of its kind in North Little Rock.

“Patio on Park Hill” is a food truck festival to gather neighbors, but also to bring in business to the area.

“We want them to be able to enjoy this area and come over and see what we’re all about,” said Lindy Blackstone-Lanford, an event organizer, “[to] put ourselves out there and say hey we’re here and also have a lot of fun doing it.”

“What I love about this, they’re all local. A lot of them are actually businesses run out of their homes in park hill,” said Blackstone-Lanford.

The event is being hosted at the Lake Hill Shopping Center on JFK Boulevard. There will be three local craft beer tents, six food trucks, and 16 local merchants.

“It’s going to look like you’re on a patio because you’re going to be able to sit and watch the traffic go by,” said Blackstone-Lanford.

One of the food trucks includes Southern Gourmasian.

“We were able to get in and be a part of the first food truck event in North Little Rock,” said Justin Patterson, owner.

Originally the neighborhood association planned for a couple hundred people, but now they expect more than 1,000 to attend.

The neighborhood association hopes with time and this event, more people will come to shop and dine.

“That’s one thing that we lack that the heights has is that walk-ability, and we want people to start getting used to that here,” said Blackstone-Lanford.

Many of the vendors excited for first time exposure with these customers.

“More than likely we’re expecting a crowd that isn’t our usual crowd, so the favorites will be there,” said Patterson.

Patio on Park Hill will be held on Wednesday night from 5-8 p.m.