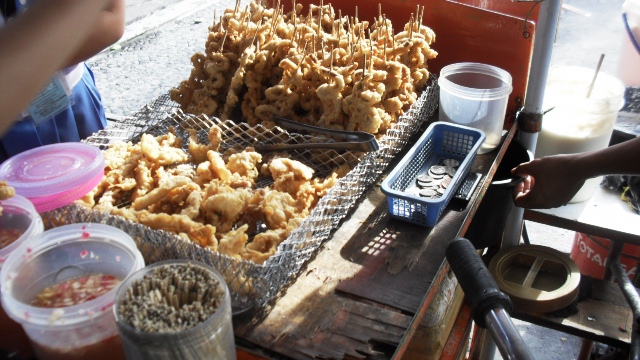 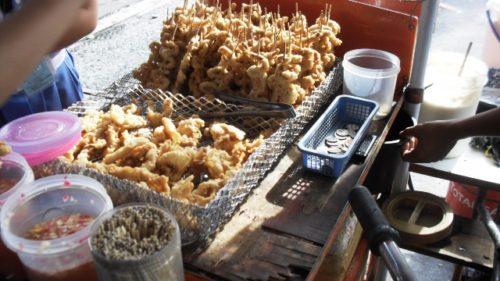 Espaňa Street in the City of Manila, Philippines is one of the oldest and busiest streets in Metro Manila. Several Universities and Colleges are located in and near the area.

Business establishments sprouted rapidly in the vicinity because of the massive influx of students studying in various schools as well as the thousands employees from the nearby cities being employed in the area. As a result, undetermined number of boarding & lodgings houses were established.

This street experienced and made part of the various rallies and celebrations, which became part of the Philippine history. It is an enjoyable place because of the happy people walking and staying along the street every hour of the day.

However, the one thing I love most in Espaňa is the display of numerous finger food just along the street. Usually we called them street food.

Even though, traffic congestion is severe during the early morning and prime time within the regular days people don’t mind anymore because they get to eat just in the street.

The food I love most are the squid calamares, different kinds of peanut preparations & barbeques. I hope that clean food preparation will be strictly observed to keep the public healthy and safe as they intake good nutrition.