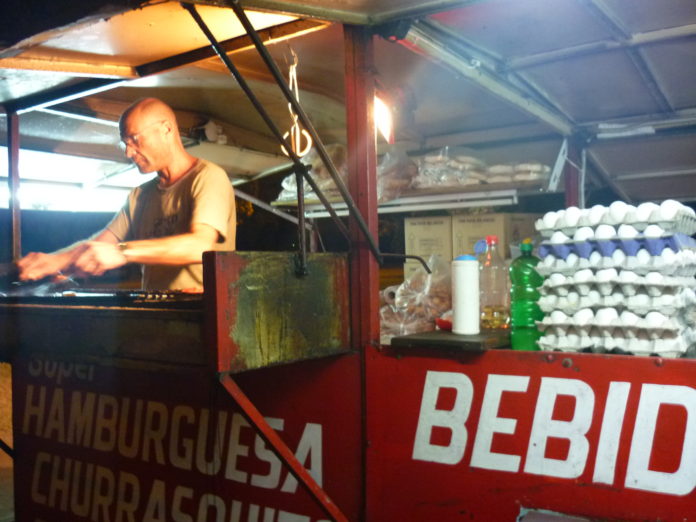 SAO PAULO — In an era when street food is big business around the world, the “Truth About Street” study, released today by McCann Worldgroup Latin America, reveals that most marketers are missing out on a legendarily vibrant and increasingly sophisticated street food scene. This unprecedented study reports that Latin America’s economically active middle class population – approximately 170 million people – annually consumes some $127 billion of street food [figures in USD]. Yet revenue is not accruing to branded food products, currently almost invisible on the streets

Said Luca Lindner, Regional Director of McCann Worldgroup: “This study, which put our employees in direct contact with the reality on the streets, confirms a perception that the streets of Latin America can be a significant new revenue source for food and beverage brands.” The study also identifies attitudes towards street foods and specific national and regional street food preferences relevant to marketers.

Hands-on Methodology
The “Truth About Street” study was conducted by over 2,500 McCann Latin America employees who on a designated day (May 10, 2012) took to the streets of 25 cities (including Sao Paulo, Mexico City, Bogota and Caracas), specifically in areas with high concentrations of middle income consumers to collect information, visuals and insights about the behavior of 12,000 consumers regarding “street food.” The teams tracked everything these consumers ate and drank while on-the-go at sites where people linger less than 30 minutes and spend less than $5.

Among the findings
Branded food products are almost invisible
At a time when city streets have become lively and profitable showcases for branded food and beverage products, the study shows a largely missed opportunity in Latin America.

Well-being is feeling well
The street food concept of well-being is less about health and more about happiness and satisfaction. Asked about brands related to well-being and health, brands associated with pleasure predominated – including McDonald’s, Coca-Cola, beer, and even brands of cachaca [a liquor made from fermented sugarcane juice].

What doesn’t kill you makes you stronger, but…
Although street food from “ambient vendors,” nameless, crowded together, and with questionable hygiene, remains a popular option, there is a trend towards healthier settings more conducive to brands.

One ingredient can make all the difference
The study indicated the striking presence of one ingredient in each regional street diet, which when appropriated by a brand can favor faster insertion into the consumer market. In Brazil it’s cassava; in Argentina, Chile and Uruguay, mate [herb] and beef; in the Andes, potato is the base for street food; in Central America, the Caribbean and some South American countries, banana is ubiquitous; corn dominates in Mexico and parts of Central America.