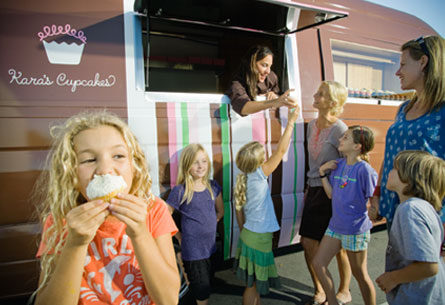 Food truck fanatics, you’re in luck. Two out of the seven trucks at Wednesday evening’s Milpitas Street Eats are new, according to April Bibbins, the Food Truck Mafia Coordinator.

Catch the event every Wednesday from 5 to 9 p.m. at the Big Lots store in the Serra Shopping Center, 200 Serra Way.

Below is a run-down of what to expect.

NEW
Kara’s Cupcakes KaraVan Didn’t get enough sweets for Halloween last week? Fear not, as these decadent treats come in a variety of flavors.

Louisiana Territory This truck brings classic New Orleans dishes like Jambalaya to the South Bay. Some, like the ‘Bayou Burrito’, even have a Californian twist. 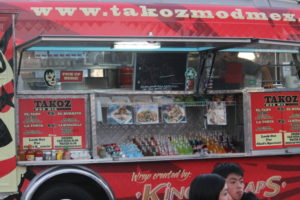 RETURNING
Biggshrimp’n This truck demonstrates the many ways to deck out, dip and devour shrimp.

Road Dogs Find an assortment of hot dogs, from the Chili Dog to the “Bra Bra Dog”.

Yummi BBQ True to its name, this truck serves the tasty meats in a tangy sauce.