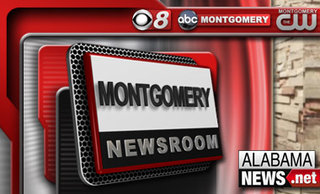 If you work in downtown Montgomery, you will have another lunchtime option. At least one food truck is coming, but why has this city project taken eight months.

You see them in Birmingham, you see them in Atlanta and now you’ll see them in Montgomery — you may run into food trucks in downtown during your lunch run, but just as the first one opens in a matter of weeks, we ask… will you make a trek for another eating option?

The city of Montgomery is bringing in food trucks to enhance the dining experience for people working downtown. The first one will be at the old State House Inn location off Madison Avenue — that’s where it’s required to park.

Vicki Robinson, who works in downtown, says with her 30 minute lunch break, the location is convenient. The walk from the Gordon Persons building to the future food truck site is only a two block walk.

“It’s close to the location, I can walk over there which I will be back in no time and still meet my time limit as far as for lunch,” Said Robinson.

But Ruth Mitchell says she wishes the food truck could switch locations throughout the week. While her walk from the Department of Labor to the site is about five blocks, she says she still wouldn’t do it.

“But I think they would need to be somewhere closer. I don’t think I would walk all the way to where the former Statehouse Inn was to get food, especially in the middle of June or July or August when it is so hot,” Said Mitchell.

It’s a project that’s taken about eight months — but why so long? Melanie Golson with the city development department says it’s because it’s taken too long to prepare the food truck site.

“On both sides, we ran into the timeline for the demolition of the Statehouse Inn moved up, them working on their truck. We required it to be an actual truck, not a trailer pulled behind something,” Said Golson.

And while it is another food option coming to downtown Montgomery, some wonder if the new trend will survive.

“Weighing the pros and cons as to the number of eateries that we already have… do we need another?” Said Evelyn England, who works in downtown, as well.

We know the food truck will be run by the couple who won the food truck competition back in March. They own an eatery called “Super Suppers.” But they’re keeping their new food truck name a secret, as well as the type of food they’ll be serving to give that element of surprise for when they debut on December 6th.

The city is requiring the truck to stay at that location on Madison Avenue and not move around. City leaders say they’re getting interest from other food truck owners. The next one may arrive next spring.

Montgomery, AL: On A Roll opens in downtown food truck