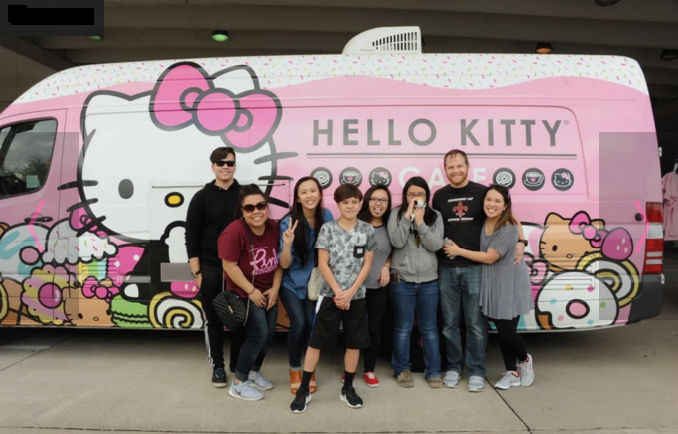 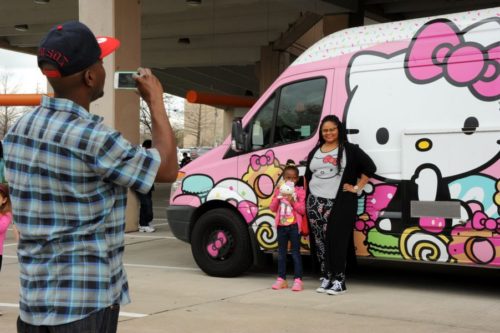 North Texas is no stranger to food trucks. You can find almost anything on wheels, from waffles to barbecue and even shawarma. This weekend, a familiar face brought tasty treats to the area.

Yup. That’s a Hello Kitty food truck, or rather, the Hello Kitty Cafe Truck, which offered patrons at the Shops at Willow Bend in Plano sweets such as macarons, mini cakes and cookies, all shaped or inspired by everyone’s favorite cartoon kitty. Though, as we’ve mentioned before,Hello Kitty isn’t even a cat.

The truck was relocated from an uncovered area of the Plano parking lot to a covered section due to weather. Good thing: Some fans waited for more than three hours to purchase their Hello Kitty treats.

D-FW Hello Kitty fan Helen McCourt bought one of everything — all the edibles and a T-shirt — and spent $121.

McCourt told The Dallas Morning Newsvia Twitter it was “expensive but worth it.” A box of four petit fours or five macarons went for $15 each. A less expensive option was a set of cookies for $12, though it only came with three treats inside. (See a copy of a receipt for some but not all the Hello Kitty food truck items below.)

Check out photos from a very pink, very fun day in Plano:

Thanks to UTD professor Dr. Janet Johnson for sharing her receipt via Twitter from her stop at the Hello Kitty food truck: 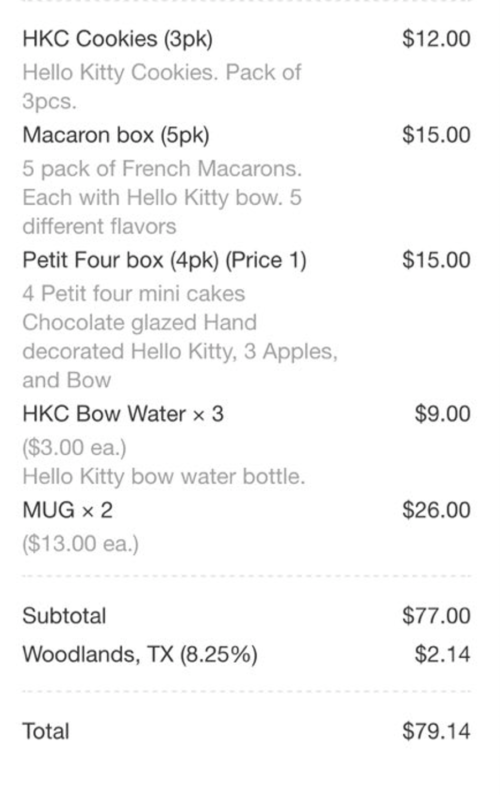