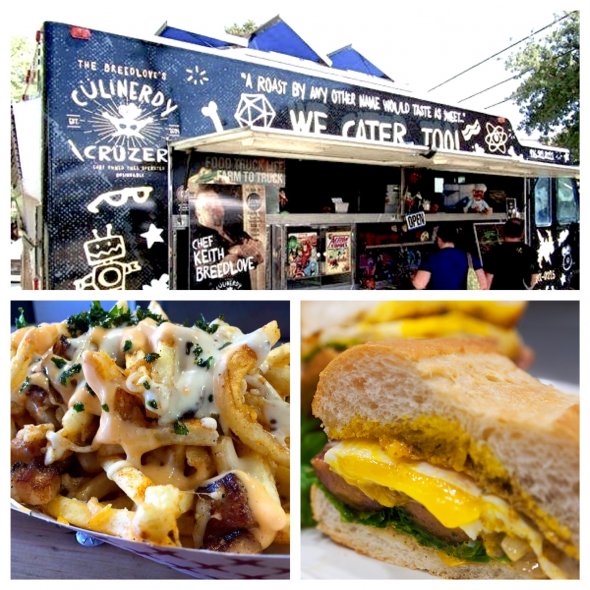 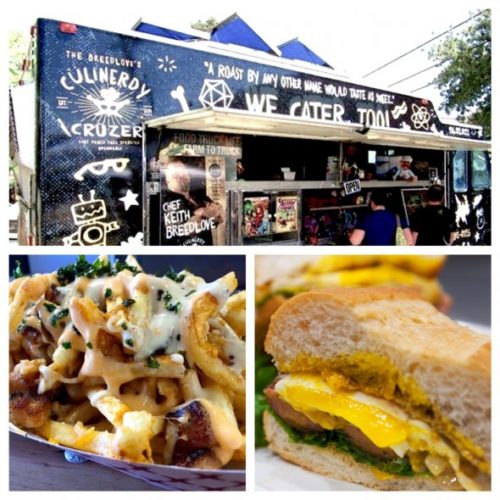 Coming to a craft brewery near you are six Sacramento gourmet food trucks that will compete every first Thursday of the month for the inaugural Fantasy Food Truck Showdown.

Cecil’s Taste, California Love Truck, Gyrostop, Mama Kim, Brunch Boys and Culinerdy Cruzer will gather at Track 7 Brewing Company in Natomas for round one (May 7) to win the hearts—and stomachs—of attendees and a panel of judges.

Event organizers Scott Scoville and Ted Rozalski of Beers in Sac, an online guide and app for craft brews, dreamed up the concept based loosely on their mutual passion of fantasy football. They eventually developed a way of structuring a points-based competition around a pair of other mutual passions: food trucks and beer.

“I think the food truck scene has become synonymous with breweries, but we really want to integrate the food and the beer and highlight one another,” Scoville says.

Each of the featured food trucks has executive chef experience on-board, qualifying as the best of the best in the gourmet food truck industry, Scoville adds.

Event-goers can purchase a $25 food truck pass for six small plates and a beer, and watch competing trucks create a dish in 45 minutes based on a mystery ingredient box presented on-site and a craft brew selected by the host brewery. Trucks are to remain open during the showdown, which begins at 6:30 p.m.

A rotating panel of four judges will evaluate each showdown. Event attendees have a chance to become the fifth honorary judge by participating in monthly social media contests—to be automatically entered, RSVP on the event’s Facebook page by May 1 and share and tag “Beers in Sacramento.”

Food truck passes also include a token for participants to vote for their favorite contenders during each round, the number of tokens earned then will be counted to determine the Top Truck of the Month winner and factor into the grand total.

After the inaugural round at Track 7, the series competition will continue throughout the summer at New Glory Craft Brewery (June 4), Rocklin’s Out of Bounds Brewing Company (July 2), with a finale hosted at Yolo Brewing Company (Aug. 6).

“If you look at some of the other big cities in terms of food trucks—whether it’s Portland or Seattle, San Francisco, L.A. or San Diego—we found that Sacramento doesn’t always get the [attention] that it deserves,” Scoville says. “What we really want to do is highlight the food trucks and the breweries together and to bring that attention here to the region.”