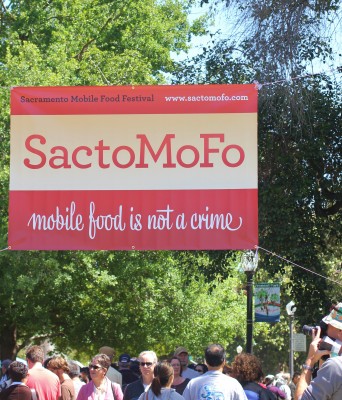 A petition signed by more than 3,700 fans of food trucks was presented at Thursday night’s City Council meeting. The petition was circulated at April 30’s Sacramento Mobile Food Festival, which drew nearly 10,000 to midtown’s Fremont Park.

The petition asks for City Council to reconsider current ordinances which prevent food trucks from parking for more than 30 minutes in most parts of Sacramento, among other restrictions. The petition was presented by festival organizer Paul Somerhausen.