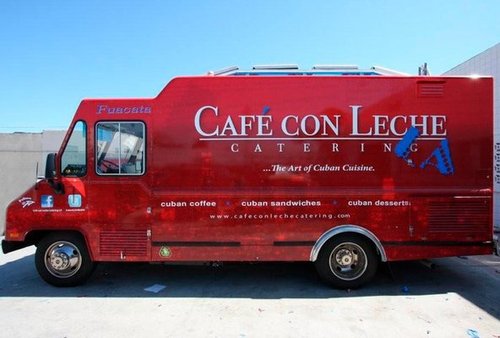 This weekend will be food truck heaven in Salt Lake City.

Several mobile food vendors and television crews have traveled to Utah to film “The Great Food Truck Race,” a show on The Food Network. On Saturday and Sunday each truck will be trying to sell as much food as possible, because the truck that sells the least hits the road and goes home.

This particuolar episode will air in August, during the upcoming second season of the show.

Here is a tenative schedule of where some of the trucks will be. The information is subject to change as the producers have been known to throw contestants a curveball.

Devilicious Food Truck, will be parked at the R.C. Willey, 2301 S. 300 West, Salt Lake City on Saturday, April 30, between 11 a.m. and 3 p.m. They will be joined by two Utah mobile food trucks: So Cupcake and The Torta Truck

The Lime Truck, from Orange County, CA, will be at the No More Homeless Pets Super Adoption event taking place at PetSmart, 389 W. 1830 South, Salt Lake City. The truck will be there from noon to 7 p.m. on Saturday and Sunday.

Roxy’s Grilled Cheese out of Boston is throwing a party with the Coffee Connection, 1588 South State, on Sunday from 10:30 a.m. to 8 p.m. Besides the food there will be a DJ and circus performers. Still no word on where Roxy’s will be on Saturday.

Korilla BBQ, a Korean barbecue truck out of New York City, will be at the Gateway Mall in downtown Salt Lake City on Saturday from 11 a.m. to about 2 p.m. They will be serving folks as part of the MS Walkathon.

Four other national food trucks will be pairing up with the Utah-based ChowTruck for a rally. Follow them on Twitter @chowtruck for details.