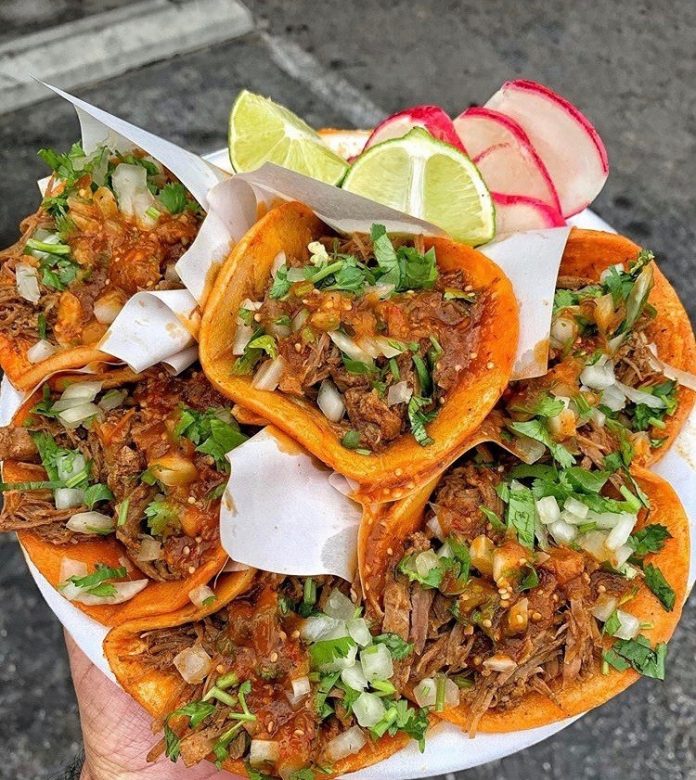 By Priscillia Aguirre | My San Antonio

Guerito’s Red Tacos is owned by a group of family members and a family friend, all of whom decided they wanted to launch the kitchen on wheels two months ago, said Meredith Avila, the wife of one of the co-owners.

“My husband told Carlos how there is a big potential here for a birria food truck, so they got together and decided to start something,” Meredith Avila said.

Meredith Avila said their meat will be beef that comes from Tijuana, Mexico.

“We can guarantee you it will be the best you’ll ever have,” Meredith said about their birria. “It’s really authentic, and we are adding a little California flavor to it.”
Meredith Avila said her husband and his family moved to San Antonio from Los Angeles 12 years ago.

Guerito is his nickname because of his light-skin complexion, Meredith Avila joked.

On the menu, there will be quesadillas, mulitas, vampiros and quesatacos de birria. Food price ranges from $7-$12.

Aquas Frescas and fruit cups with chamoy and Lucas will also be on the menu at the food truck. Meredith Avila said additions to the menu will come at a later time.