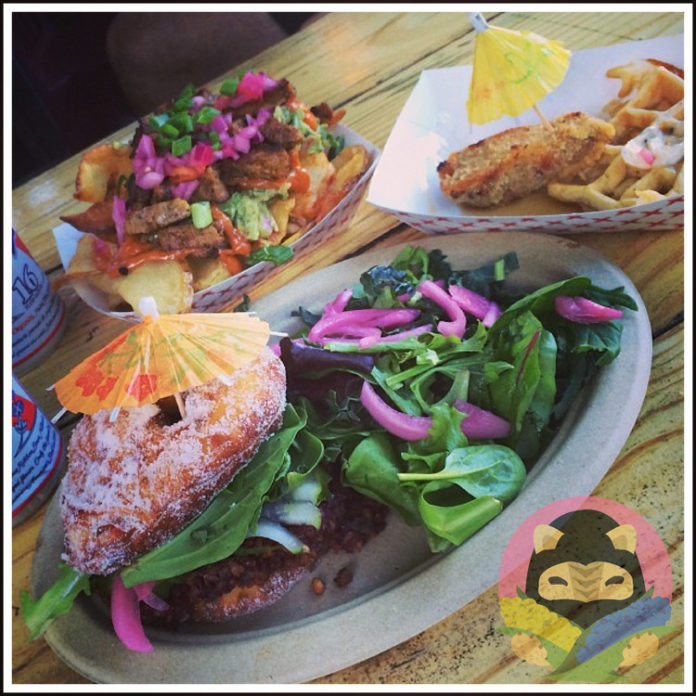 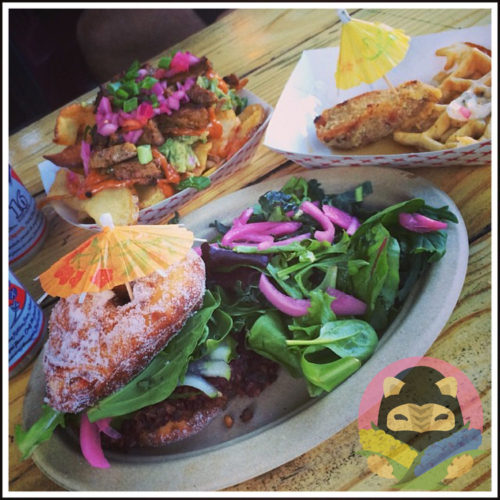 What can be said about Phono del Sol 2014 food truck Hella Vegan Eats that isn’t better demonstrated by the fact that, over the past year, they’ve garnered Best of the Bay accolades from both the Weekly and the Guardian? But if the awards and the mouthwatering picture above don’t do enough to pique your interest, dig this glowing SFBG writeup of the SF truck and its doughnut burger:

It is with good reason that Hella Vegan Eats’ doughnut burger was the runaway star of the San Francisco Street Food Festival this year. No false modesty here: the Bay Guardian had already been praising that sticky delicious beet burger for months, even giving it top billing in our “Vegan Junk Food” feature. But no matter who broke the story; the real scoop here is that special dish, lovingly crafted by couple-founders Tiffany and Sylvee Esquivel, and showing up regularly at places like Dear Mom, Timeless Coffee in Oakland, and Dolores Park through La Cocina. Dig its moist-yet-crunchy patty fashioned from freekah (an ancient cereal) and beets and plopped between two (vegan) sugar donuts, piled high with pickled veggies, and laced with a tangy secret sauce. So wrong that it’s right.

You don’t need to be vegan to enjoy the truck’s creative burritos, sandwiches, sweets and more. But if you are vegan, know that you’ll be in good hands with this truck at Phono del Sol.