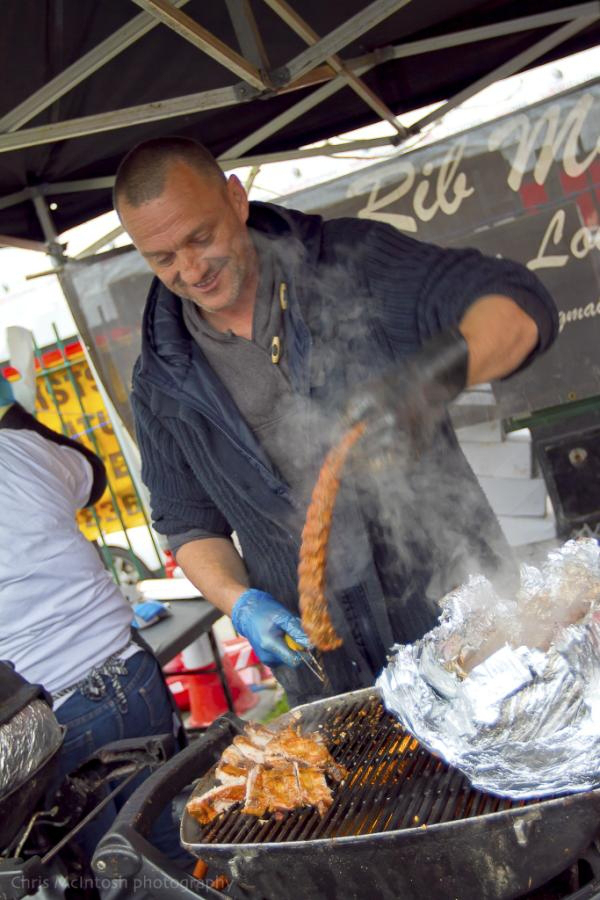 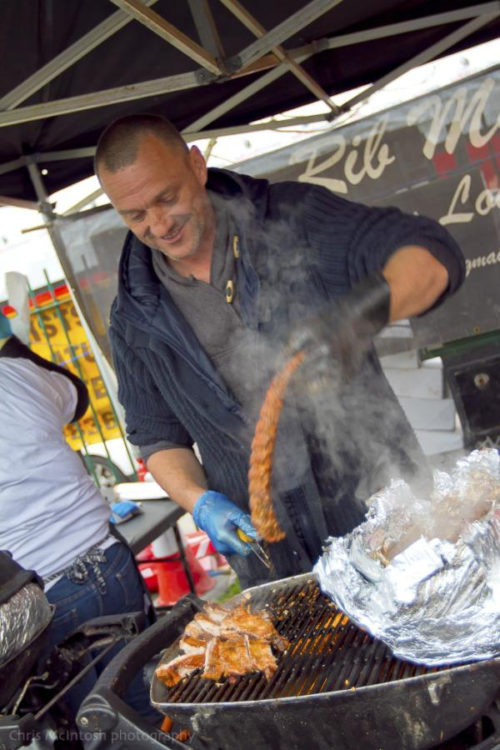 Ahead of the Young British Foodie awards, Chloe Scott catches up with the rising stars of the food and drink world. This week it’s The Rib Man, who jointly won last year’s Honorary YBF award

When Mark Gevaux had a car accident, his life changed overnight. Leaving a strenuous job in butchery, heaving around heavy carcasses, he started cooking and selling ribs from a stall.

He says of his accolade: ‘It helped me decide where I wanted to take things. I never started out to have a business. Selling ribs was my way of enjoying life again after losing my leg.

‘I am still trying to come to terms with the fact I do actually have a business but I’m not sure you are supposed to enjoy it as much as I do.’

Despite the job satisfaction, running the stall requires long hours and dedication. You may have seen him in the early hours of a Sunday at his stall in east London’s Brick Lane, slow-cooking ribs to soothe the locals’ hangovers come daybreak.

The secret to his popularity is in his knowledge of meat. He slow-cooks baby back ribs from pigs reared outdoors on Norfolk and Suffolk farms.

‘I cook my ribs in three processes but, in total, they take around eight hours to fall off the bone. The reason they taste so good is they cook in their own juices so you get all of the flavour from inside the bones,’ he says.

Then there are his sauces, which have been rolled out nationally. You’ll spot his chilli-fuelled Holy F*** sauce on the tables of some of the country’s best diners, burger joints and cafés, while his second-edition Christ On A Bike rib sauce has been known to make pregnant women go into labour.

Working outdoors each day come rain, hail or shine, in a fair bit of pain, Gevaux says he plans to continue to feed the masses. In his entry for the YBFs last year, he said: ‘I love working on the street with real people and never want to have a bricks and mortar place. I really just want to be “The Rib Man”.’

And his advice to the next generation of YBFs? ‘Keep trying to improve, keep it simple and listen to your customers.’

Follow @theribman on Twitter or catch him on Thursday at London’s King’s Cross with @kerb,www.kerbfood.com. He’s at Brick Lane on Sundays and will be at Street Feast London every Friday night from April 12 @streetfeastLDN, www.streetfeastlondon.com