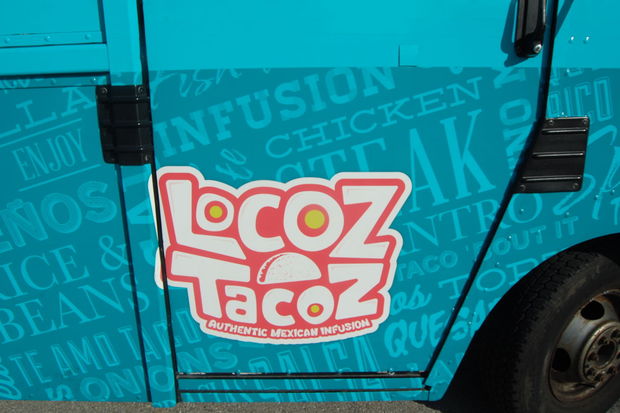 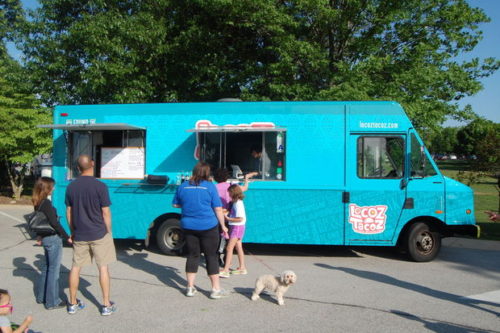 Owner Tyler Garcia says the launch of Locoz Tacoz stems not only from his desire to go a new direction with his experimental “infusion” food offerings, but also to branch off from the La Tejana Taquerianame.

“I’ve been under my parents for awhile, which is great. But we wanted to go and do our own meal now,” Garcia says. “We wanted to create our own category and bring authentic Mexican food, and put a twist behind it.”

Locoz Tacoz has already solidified a few new infusion dishes like Locoz Fries, cheese-smothered fries with pico de gallo, carne asada and Mexican sour cream topped with Garcia’s signature sauce. Another newcomer is the Infusion Bowl, a medley of Mexican rice, black beans, a chosen meat, jalapenos and more. Garcia says the food truck tries out new dishes on a weekly menu rotation, keeping them around if reception is good. So far, that’s been the case. 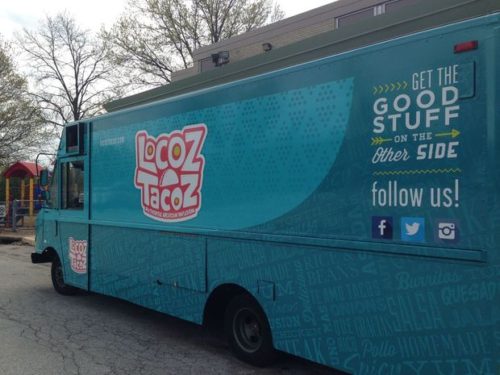 “Since day one, we’ve been pretty much selling out,” Garcia says.

Despite the new name, Garcia says Locoz Tacoz is still a sister business to the La Tejana Taqueria family. The food truck still uses ingredients from the restaurant and will continue to sell some core offerings from La Tejana, like street tacos.

But Garcia says the new branding of Locoz Tacoz will see the food truck branching off more into uncharted territory. Future dishes will include pulled pork tacos and a namesake Locoz Taco. He wanted to allude to these new and crazy creations from the start with a fitting name.

“We come up with some crazy items and stuff,” Garcia says. “I wanted something with tacos in the name, so that people automatically know, ‘they got tacos.’ [So] let’s do Locoz Tacoz with a z−it’ll be crazier.”

You might have been lucky enough to catch Locoz Tacoz at Feast in the Park last night. If not, Garcia says the food truck doesn’t have any impending events after that, but is always parked somewhere in the St. Louis area. Follow Locoz Tacoz on Twitter @LocozTacoz to track down their next destination.