What burst onto the scene in 2009 as an underemployed construction worker in a toque taking a propane torch to home-baked custards turned to serious business in 2010. Before this year, San Francisco’s street food was the domain of those who needed to improvise to make an extra buck. Some vendors had cooking experience, others didn’t, but almost all of them worked from home kitchens to cater to particular subcultures: Mission day laborers, Zeitgeist barflies, Dolores Park’s Sunday stoners. Oh sure, the Mission’s giddy, tweet-stoked vendor phenomenon hit hard in the summer of 2009, but few expected it to last, despite the odd TV production crew becoming enthralled with Precita Park’s mix of scene and setting.

While some San Franciscans longed to have an above-ground street-food scene that could go taco-to-taco with Portland or L.A., the city’s complex and punishingly expensive permitting laws meant that was just about impossible. Still, few who’d gotten a taste of the zeitgeist at the inaugural editions of the S.F. Street Food Festival and Oakland Eat Real could deny it: Mobile food vending had a pent-up customer base itchy to open its wallets.

The first vendor to capitalize on it was something of a surprise to anyone who’d followed the underground scene in the Mission the year before. In May 2010, a shiny new truck wrapped in Chinese cloud iconography and a cuddly panda rocking a Mao cap was open for business. Chairman Bao promised to be the first food truck rolled out in San Francisco by Mobi Munch, a company launched by career restaurant consultants working both here and in L.A. While not everybody was ready to line up, Chairman Bao made even skeptics realize that mobile vending was a viable business, in an arena previously dominated by lovable old tamale ladies and first-timers with portable burners and Tupperware.

Also in May, ex-Citizen Cake chef William Pilz showed it was possible to mount a serious launch even without corporate capital. Then in June, San Francisco got its first glimpse of a Portland-style vendor pod with the first of what would turn out to be several weekly Off the Grid events. Matt Cohen, a soft-spoken accountant who’d come up short in his own bid for food truck glory, had spent a full year lobbying local agencies to allow a Friday night street-food party at Fort Mason Center, co-hosted by La Cocina. A month later, Cohen convinced Rec and Park to allow Off the Grid on the city commons. In September, Cohen launched weekly pods at Golden Gate Park and Civic Center. Later that month, at McCoppin Hub, followed in October by Un Plaza.

The immediate success of Off the Grid caught the attention of more than just park officials. In November the Board of Supervisors unanimously passed a set of reforms to the city’s mobile vending regulations sponsored by District 8’s Bevan Dufty, making it easier and cheaper to become a legal food peddler. With support from the Planning Commission, the Mayor’s office, and even, surprisingly, from the Golden Gate Restaurant Association, the new rules expand the range for street-food vendors into the neighborhoods. “This will open up economic activity, add to the vibrancy of the food culture and food environment of San Francisco, and reflects the fact that it’s difficult for many people to step in and open a restaurant,” Dufty said at the time.

There was pushback, of course. Restaurant owners in the East Bay city of Emeryville, which had witnessed a surge in legal street food in 2009 and 2010, took the city to task for allowing in threats to their survival. And a small group of vocal protestors flayed Rec and Park for awarding contracts to La Cocina and Blue Bottle Coffee to operate mobile units in Dolores Park (Blue Bottle pulled out; La Cocina has yet to launch). But as Matt Cohen pointed out last week right here at SFoodie, 2011 promises to be a year in which mobile vending consolidates the gains it made in San Francisco in 2010, and expands to the wider bay region.

We’ve come a hell of a long way from card tables and sexy soup ladies getting busted by the police on Linda Street. 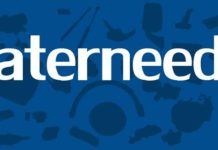 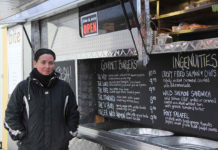 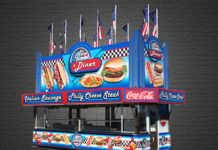