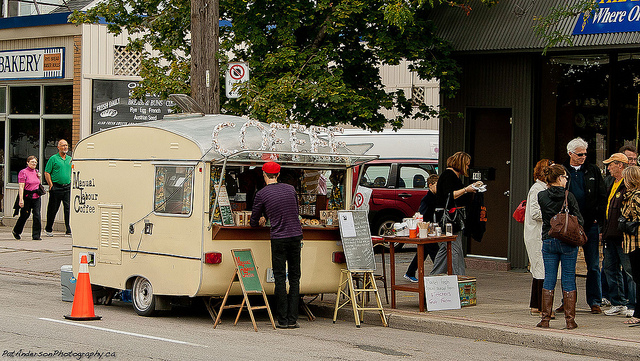 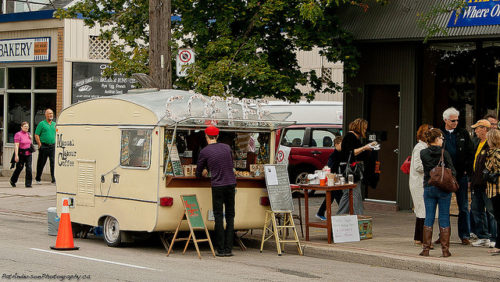 City Council made a decision late last week that allows for a fresh start for mobile and temporary food vendors — with a completely new by-law replacing dozens of restrictions around Toronto.

There’s a new by-law for the entire City, finally allowing carts and trucks to be legal in many parts of the City. As a result, they have removed by-laws that banned street food from places like Scarborough and Etobicoke.

What’s more, new food carts can apply for spots anywhere in the City except for the three most downtown wards.  They can now sell a range of foods — instead of just the hotdog shape stuff!

Food trucks are now allowed to apply to stop anywhere in the City, with a few exceptions, the biggest of which is that they’re not to be within a 50m distance of a restaurant.  Carts and trucks are, however, allowed in private parking lots, as per agreements with the landowners.  Similarly, carts and trucks may be allowed in parks as per agreements with Parks or other City spaces.

It’s also likely that this freedom will allow for alternative types of vendors like mobile produce trucks!  How exciting would that be?  Mini, mobile farmers markets!

This all started after the ‘A La Carte’ program was killed in 2011.  Food Forward promptly hosted a town hall meeting bringing street food leaders together for the first time.  The meeting lead to a front page Toronto Star article on mobile produce vending and the launch of the Toronto Street Food Project calling to allow diverse street food. Torontonians reacted with thousands of letters and tweets to councillors asking for street food.

In the next year, expanded menus were allowed for hotdog vendors, illegal pop-up fruit vendors started showing up, and food trucks were allowed in city parks… all leading to last weeks decision!