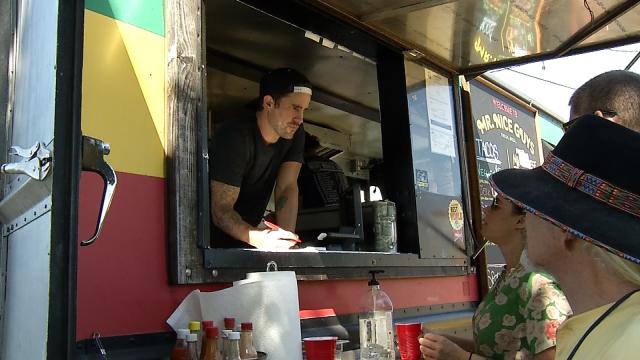 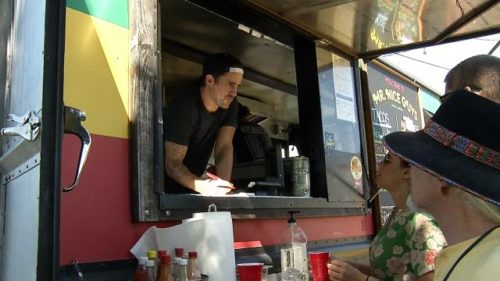 Food Trucks are becoming a popular alternative to sit-down diners. And while they’ve been a staple in the Brady for a while, now the Pearl District is looking to cash in.

The Park in the Pearl opened around 11 a.m. on Saturday morning and went until about 10 p.m.

Organizers said the trial run of the food truck park will give people a sample of what’s to come when the spot is fully up and running.

There’s plenty of room to stretch out, rock out and chow down.

“It’s awesome out here,” Billy Stark said. “I love the different variety of food the music.”

The park is expected to be a far cry from how things are. Right now, at Guthrie Green, the food truck day is one day. In about a month or so, food trucks selling barbecue, tacos, nachos and burgers will call the Park in the Pearl their home Tuesday-Sunday for lunch and dinner.

“It’s awesome,” Terry said. “Been enjoying the music and the food is great.”

Organizers say in a growing city like Tulsa having one day for food trucks won’t work. That’s why Josh Lynch and his buddies came up with this.

“We sat down, figured it out, got the property, and here we are,” Josh Lynch said.

The location won’t face some of the setbacks other food truck vendors have. The location here is on private property. And with little to no other competing restaurants. Lynch says this will soon be the place to be.

The extra days will be great for business and the city. More food sold on more days, means more money going back into the city economy by way of taxes.

But most importantly… it’ll be great for the people.

The Pearl in the Park organizers say they have one more meeting with the city on Tuesday to find out what needs to be done to be fully operational by the summer.

If you missed it on Saturday, you can come on Sunday between noon and 6 p.m.