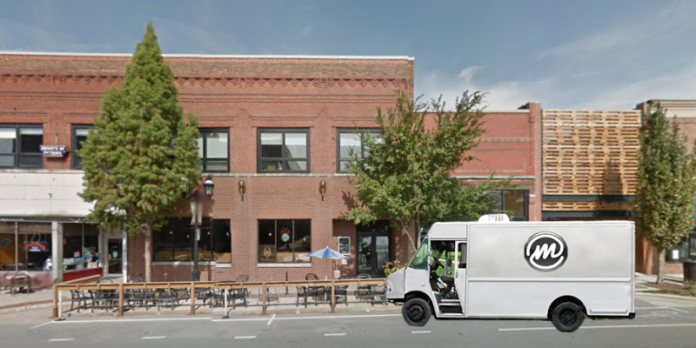 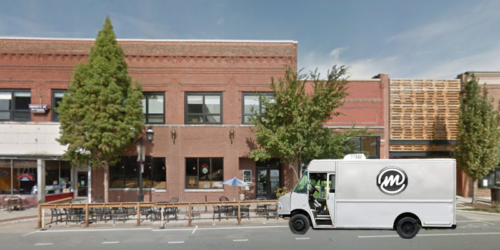 Having been in the restaurant biz for a few years now, the folks at Pizza M have a pretty good thing going in Downtown Urbana. Good slices, a beauty of a space, and a solid option for food, day or night.

There’s no question that Urbana food culture has shifted to incorporate food trucks in a significant way. The City of Urbana is orchestrating their Food Truck Rally again this year, which has been met with much praise as it moves forward into year two of this project. Food trucks are everywhere, all the time, in Champaign-Urbana.

Owners of Pizza M have certainly shown their opposition to food truck culture on Smile Politely’s social media posts about food trucks and things of the like — but it appears as though they have some new projects in the works. Certainly, their thoughts on the matter are valid because they are owners of a brick and mortar restaurant, it makes sense that they would initially be opposed to food trucks growing in popularity because of the obvious overhead costs and investments of starting up a restaurant from scratch.

When approached about the idea of starting their own food truck — Pizza M initially rejected such a notion. “Why would we start a food truck?” Matt and Abbi Kitzmiller, owners of Pizza M, said. “We have this beautiful space in Downtown Urbana, a spot that is central to the culture of the city.”

Certainly, that’s no lie — Cafeteria & Company has become one of the best spots in Urbana to spend time eating, drinking coffee, taking meetings, and things of the like. I know I’ve spent plenty of time there. However, times are changing, which means there’s potential for radical shifts in opinion and business plans. Thus — we have Pizza M’s development of their new food truck: Food Truck M.

“We just want to adapt to what people are gravitating towards,” Abbi Kitzmiller said, “Peope hear the words ‘food truck’ and they automatically get a positive association with what food they’re going to shovel into their mouths — no matter what it may be. It could be terrible, but for some reason, people’s brains work in interesting ways.”

With that in mind, Food Truck M will debut soon enough — by sitting outside the restaurant permanently. “Our plan is to only staff it with a server who will move between the restaurant and the truck because really, the truck doesn’t need to move. People just automatically gravitate to food trucks, so we’re just going to cut the ‘movement’ portion out of the equation,” Kitzmiller said. “We think people will be really receptive to being able to buy slices inside and out of our current location, even if they are just 10 feet apart.”

Be on the lookout for the Food Truck M soon enough, parked outside of Cafeteria & Company.