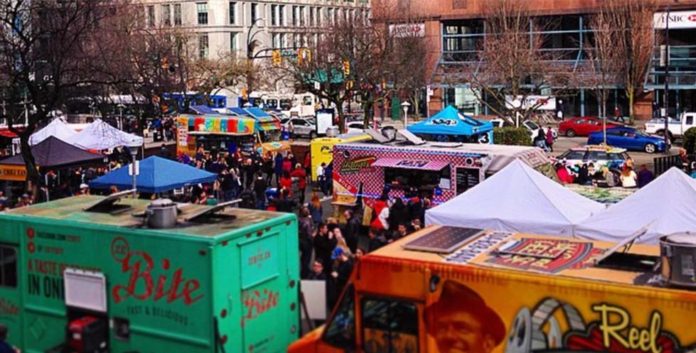 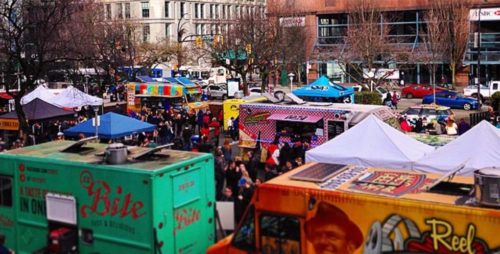 Back for a fifth consecutive year, Street Food City will once again bring together a collection of Vancouver food carts in one central location.

Part of the Dine Out Vancouver festival, Street Food City will run January 16 to 24 on the North Plaza of the Vancouver Art Gallery, and entry to the designated area is free.

At the 2015 event, over 20,000 people feasted on a smorgasbord of food from over 20 of Vancouver’s best street food vendors. Thanks to such an impressive turn out, Dine Out has decided to extend Vancouver’s original street food fest to nine days.

Although the official lineup of 20-plus food trucks for the 2016 event has yet to be announced, attendees to the mid-winter belly-busting event can expect to find a congregation of well-known food truck names, dishing up all manner of fare.

Conveniently parked out front of the Vancouver Art Gallery, Street Food City’s convoy of food trucks will provide the perfect opportunity for Vancouverites to sample an array of different plates, in a festival-like environment.

The setup will be similar to past years: tents, tables, and seating will be scattered along the Art Gallery’s plaza and there will also be live entertainment.

To conquer this annual event, which celebrates Vancouver’s exploding street food scene, attendees should make a point to turn up hungry.