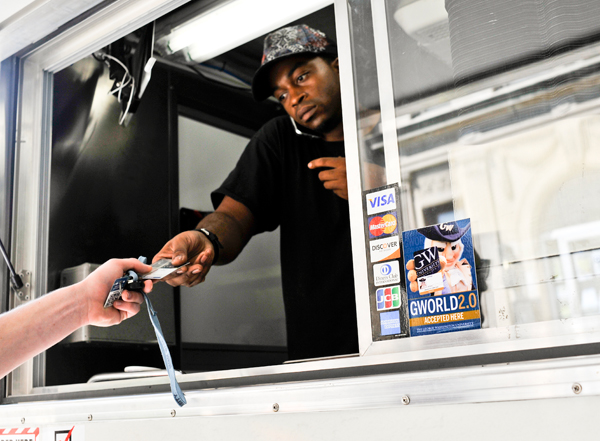 For months, GW has been turning away food trucks that have tried to add GWorld machines to attract student customers.

Nearly a dozen trucks, like CapMac, Tasty Kabob, AZN Eats, Sauca and Best Mexican Burritos and Tortas said they want to accept GWorld payments, but the University does not offer trucks that option, hindering their business.

Matt Gray, owner and co-founder of Amorini Panini, said GW turned down his sandwich shop’s truck last spring. He applied again this week, looking to draw students to his shop on the corner of 9th and F streets by becoming a Colonial Cash vendor. He said he plans to add a GWorld machine to his truck, which frequents H Street.

“I would really love to offer GWorld,” Gray said.

The Lebanese truck Kababji D.C. added a GWorld machine to its truck last May after manager Reginald Cooper found a loophole in the system. Because his Dupont Circle shop, Kababji Grill, is a Colonial Cash partner, he was able to purchase an additional machine for his truck.

But not all of the dozens of food trucks that line H Street started as brick-and-mortar shops, and these mobile eateries have called on GW to expand its Colonial Cash partnerships.

“We receive constant requests about the GWorld card,” Ivan Miller, owner of the ice cream truck The Orange Cow, said. “Opening up the ability to accept the GWorld Card beyond brick-and-mortar establishments would be a win-win for all.”

Brian Arnoff, owner of CapMac, said he wanted to add GWorld to make payments easier for students, but knows the University does not offer the card readers to food trucks. He said he was interested when former Student Association president John Richardson approached him last year about lobbying the University to add food trucks to GWorld.

“I replied [to Richardson’s email], but they never got back to me,” Arnoff said, adding that he has not applied to be a Colonial Cash partner, because he knows the policy has not changed.

Richardson said his campaign to add GWorld to food trucks last spring looked promising, because the card office was initially receptive. At the end of the year, he said he thought it was “a done deal,” adding that the process must have been halted by a rule similar to the GWorld requirement that vendors are based in D.C.

University spokeswoman Michelle Sherrard declined to provide the number of food trucks that have requested to apply to the Colonial Cash plan.

“The University is reviewing the possibility of adding food trucks to the GWorld program. Details are not yet finalized,” Sherrard said. “We would evaluate food trucks becoming members of the GWorld program through the same process we have used in previous years with other merchants who have requested to join the program.”

Freshmen, sophomores and juniors who live on campus have $1,000 pre-loaded onto their GWorlds, with on-campus seniors receiving $500 a semester on their cards.

There are 111 Colonial Cash partners across D.C. 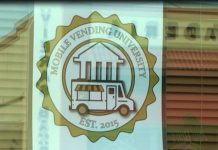 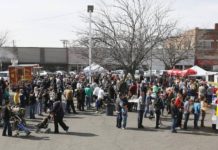 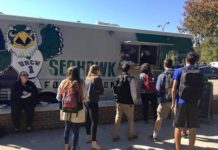