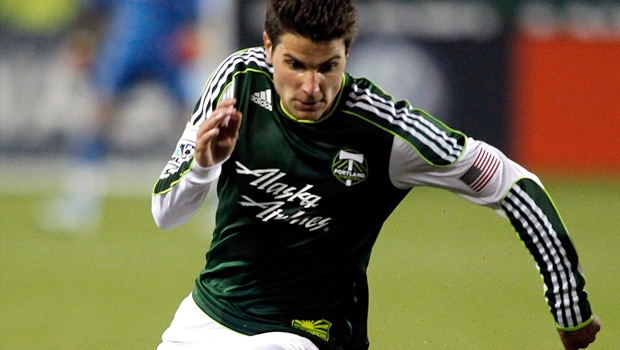 PORTLAND, Ore. – Sal Zizzo is of Italian decent, so it’s not a stretch to call the Portland Timbers midfielder a Renaissance man.

His soccer expertise is obvious. He was also a highly recruited baseball player at Patrick Henry High School in San Diego. He moonlights as a runway model. And now you can add restaurateur to the list.

That’s right, Zizzo is jumping on the much-hyped Portland food truck bandwagon with plans to launch the Italian-themed Zizzo’s FC (FC, for Food Cart and Football Club) in a week or two.

“It was an idea we had a couple months ago, and we’re putting it to work now,” Zizzo said after training Tuesday in preparation for the team’s home finale Friday against Houston. “And it looks like it’s going to do well, so I’m excited.”

Zizzo and a friend from San Diego purchased the truck several weeks ago. And since mentioning it on his Twitter page, news of the truck has been generating the predictable buzz.

The two are working on the menu and logo and are planning on opening at a popular downtown food truck location when the Timbers conclude their regular season schedule. Zizzo’s family owns Italian restaurants in the Little Italy district of San Diego, so he’s not going into the fledgling effort blind.

“So I thought it was a good idea to bring that food here,” Zizzo said.

Zizzo said his friend will be running the show, but you might even find Zizzo working the stove every now and then.

“I’ll be around there sometimes,” he said.

One member of the Timbers is certainly looking forward to the truck’s opening.

He even said there could be some future negotiations over a free sandwich here or there.

“I’ll probably strike a deal with him that we’ll keep him here, keep him on the team as long as I get free lunches,” Spencer said jokingly.

Dan Itel covers the Timbers for MLSsoccer.com. Email him at dcitel@hotmail.com.