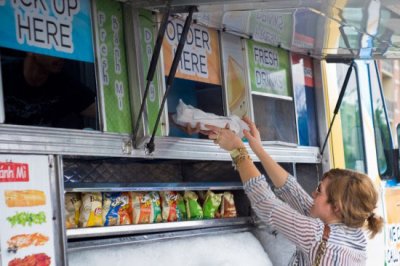 The totally packed Sigel’s Food Truck Festival held back in August promised to return in November with a bigger, better event, but news comes today that the Winter Food Truck Festival, scheduled for November 12th, has been canceled“due to increased requirements from the City of Dallas.” We called organizer and Sigel’s booze guru Jasper Russo for more information, and he says “event costs were skyrocketing” once Dallas demanded they quadruple the number of portable toilets, hire double the amount of security–who’d have to be DPD officers, not from a private company–and keep an ambulance on site.

“I think the food truck thing has outgrown the space,” he tells us. He turned down half the trucks who wanted to participate. They’re looking at potentially doing something with trucks in the future–and they’re still happy to let a couple park in their lot–but they didn’t want to “not have a successful event.”