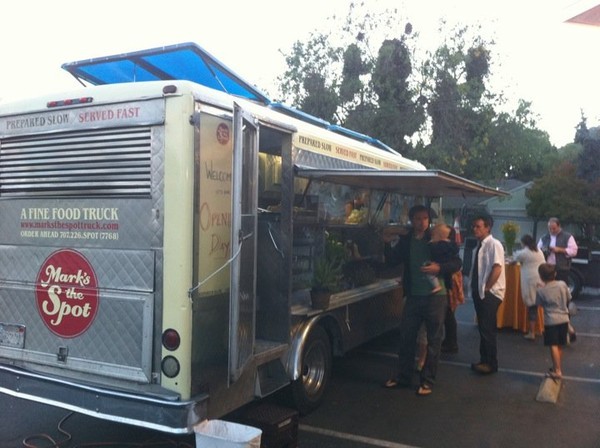 What do you think — are they hurting local businesses, or is it just healthy competition?

The city of Santa Rosa halted Munch Mondays at the end of February after a rash of complaints from downtown businesses. In Napa’s Oxbow district, the roving food truck caravan was put on hold after months of success that drew hundreds of people.

Napa Patch reported earlier this week that the city was concerned about Americans with Disabilities Act requirements, not having public restrooms, serving alcohol without permits and fire code violations, to name a few.

But Rohnert Park’s Tasty Tuesdays show no signs of being shut down — the wildly popular gourmet food trucks are a hit. City organizers have said between 200 and 400 people are showing up every week, and the food trucks are here to stay. Well, for now at least.

Guy Miller, the city’s recreation services manager, said last month that the trucks aren’t a direct hit on local businesses, because there are no businesses adjacent to the Community Center. A fire code violation concern was quickly extinguished when Tasty Tuesdays was moved from the parking lot of Callinan Sports and Fitness Center to the quad area.

In Sonoma, a local winery found a way to start up Food Truck Fridays, an event that hasn’t officially been taken on by the city. Sebastiani Vinyards & Winery, which hosts a local Friday night music event, has partnered with Andrew Siegal, owner of Dim Sum Charlie’s Mobile Food Cart and the founder of Napa’s Food Truck Friday.

So, tell us. Do you love it? Do you think it’s unfair to other businesses in the area? Who should choose whether or not the food trucks stay or take a hike?

Editor’s note: Most of the businesses that make up the food truck events in the North Bay travel together to each city. A few vendors include Sift, Dim Sum Charlie’s, Chicago Style Hot Dogs, Mark’s the Spot and Ghetto Fork Catering.