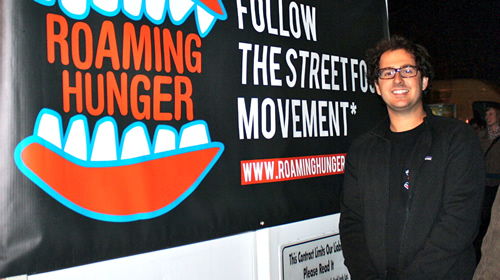 I get asked this question all the time.

It finally dawned on me that the sole reason people repeatedly ask this question is because of the rapid growth of the food truck movement over the last two years. Does rapid growth necessitate a rapid and nearly instantaneous decline in growth? That’s really what I think people are asking. “Is this a fad?” could be more simply stated as “When is this ending?” which, in my opinion, is totally natural as the mind wants to reconcile any new phenomena under some form of restrictive time classification. So, in order to dissect this question, I will attempt to answer a few questions on food trucks and fads in general.

First, how long must something stay in popular demand before being considered a fad? My instinct tells me that in order for a thing to pass out of fad-dom, its ascent to the top must last significantly longer than its descent into oblivion. Was MySpace a fad? Silly Bandz? Whether or not Justin Timberlake can revive the social network to its former glory is to be seen, but that’s another discussion altogether. Not to say both weren’t wildly successful, but they both went away nearly as quickly as they came.

Eventually, hype wears off and actual value of a good or service is measured against feasible alternatives. This is truly the core of the fad question, determining the actual value versus the perceived value (layered in by hype.) With food trucks, there is an actual need being fulfilled, the convenience of quality food at an affordable price. This is probably the easiest to identify as a primary reason for frequenting food trucks and carts. The long lines and the overextended hype for certain vendors may antagonize the fad argument, but new restaurants are not immune to the same treatment of popularity at launch. Good luck getting a reservation to the newest restaurant you just read about in The New York Times this Saturday night.

Fundamentally, food trucks and street food are a cultural shift for the United States, really one of the last countries to embrace street food as a part of its daily life. The introduction of food trucks was really the first time street food was accepted in general terms by the population (maybe New York and a few other cities had a jump on the rest of us) but finally we got the medium right to where people felt comfortable eating food from mobile vendors.

Real value is being created in the streets with the upswing of this industry, with thousands of entrepreneurs investing (at many times their entire life savings) to start a business and serve their fellow Americans quality food at an affordable price. This doesn’t feel like a fad to me–and this is not meant to be a knock on Silly Bands or Ed Hardy or even the bacon craze– but the core value being created by this new industry would be hard to imagine being eliminated in the next couple of years and writing all of the success of these hard working entrepreneurs off to hype.

So to answer the question directly, are food trucks a fad? According to a recent study by Technomic, a food focused market research firm, 91% of respondents in their recent study said food trucks are here to stay, while only 7% said they expect to see their own visits to food trucks decline next year.

Is it true that whatever comes up must come down? Yes- but the industry life cycle may last longer than you think. Before attributing mass popularity and quick growth to a passing fad, maybe consider that the fad may just be a good idea after all.