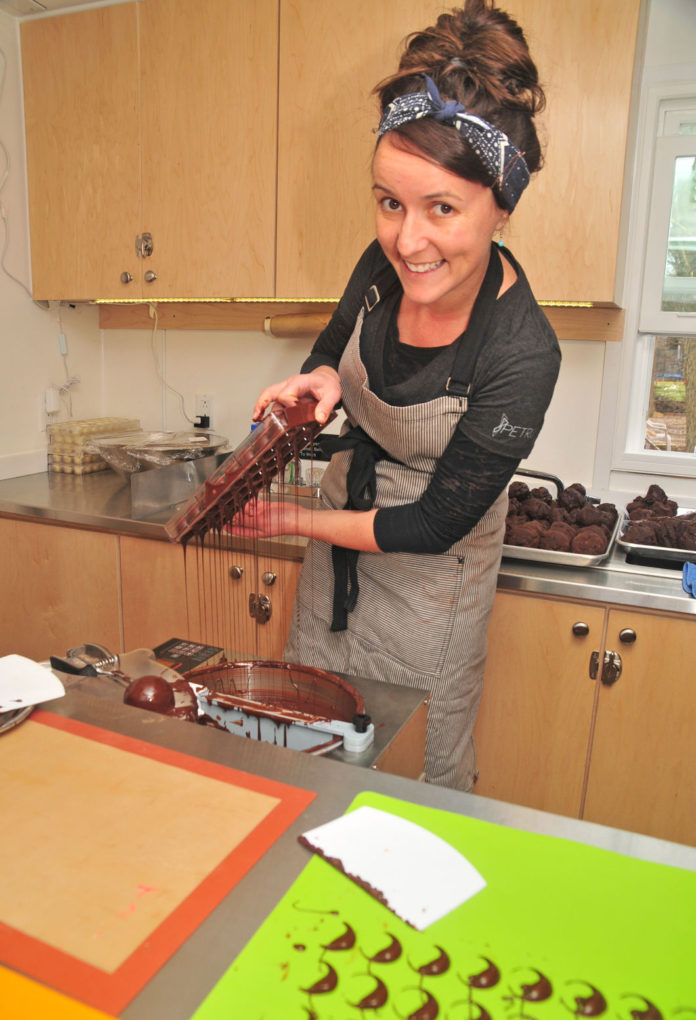 By Sara Brumfield | The Athens Messenger 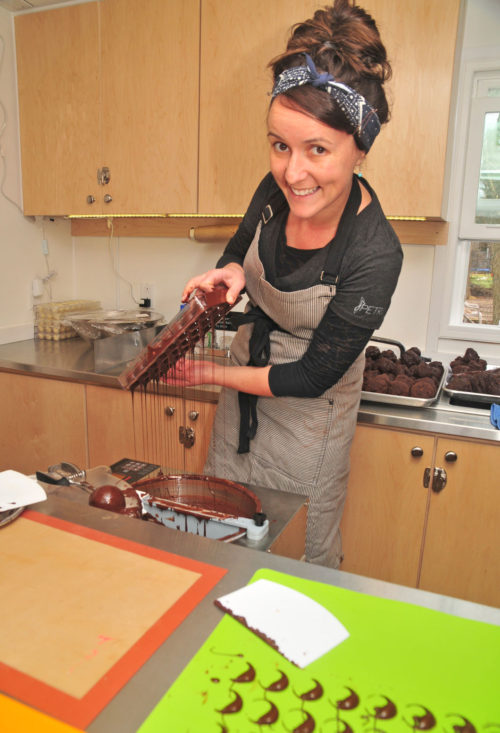 Just in time for Valentine’s Day, a new chocolate food truck is rolling into town to offer locally made truffles, chocolate bars and more.

Petru Chocolate will officially open on Saturday. The business is owned by Stacy Peters of Athens — the former owner of O’Chocolate.

Peters’ new business venture is a bit different than her last, as her cocoa concoctions will be made and sold from a food truck. She said the name of the business comes from the original spelling of her family’s last name. Peters said her great-grandparents Wasil and Pyranka Petru came to the U.S. from Austria and used to own a candy store.

“This is an ode to them,” Peters said.

Petru will begin with a limited menu of truffles and chocolate bars for the first few weeks. Peters said the truck will launch on Saturday from 9 a.m.-2 p.m. in the parking lot of Premiere Video on East State Street. Free truffles will be provided for customers.

On Monday, Petru will be located in the downtown vending district by the Ohio University College Green from 10 a.m.-3 p.m. Free truffles will also be given away on Monday.

This week, Peters has been busy making chocolate for the opening of Petru. She’s also gearing up for one of the busiest holidays for chocolatiers — Valentine’s Day.

Peters said she anticipates that the Valentine’s Day rush will wipe out her inventory so she will be shutting Petru down for a week following the holiday. It will reopen on Feb. 23 with a full menu.

The full menu will not only include truffles and chocolate bars, but also homemade s’mores utilizing exclusive graham crackers from Village Bakery and vegan marshmallows, hot chocolate and homemade pudding.

Peters said that there will be dairy and dairy-free options on chocolate and noted that most of her products are naturally gluten free. She said all the chocolate is made inside the truck.

This won’t be the first time Peters has offered truffles and chocolate bars. She began making truffles at Village Bakery several years ago. She also sold her chocolate bars under the name O’Chocolate.

According to Peters, there are new recipes for the chocolate and the bars themselves will be thinner and larger. She said one of the new flavors will be a Bobcat Bar, which features art of an OU Marching 110 member on the wrapper.

In addition to selling the items at the food truck, Peters said Petru will also be doing catering orders, business orders and gift boxes. Peters said that she plans to operate Petru year-round.