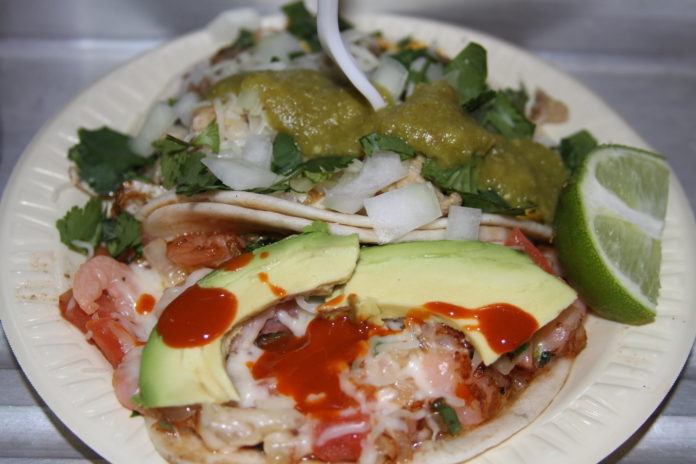 The Austinot is consistently asked about where to find the best Austin food trucks. So we’ve decided to start a search for the best in town. As we run across Austin food trucks that we feel should be on this list, we’ll let you know. All of the posts in this series will start with “Best Austin Food Trucks.”

If you have a food truck to recommend, leave a comment at the end of the article. Tell us the name of the joint, what you like most about them, and where we can find them. We’re always willing to check out something new.

Pecos Tacos Is Among the Best Austin Food Trucks

Austin food trucks abound. With a nearly endless variety of trucks comes the overwhelming task of choosing which one to check out for yourself.

Well, you can never go wrong with a taco. Many Austin food trucks serve them up, but few serve them up like Jesse Catano, owner of Pecos Tacos. The tough decision here isn’t deciding which food truck to get your taco from. It’s finding Jesse and his illusive Pecos Tacos truck.

Though many food trucks stake their claim in a trailer yard or depend on a specific area to net them business, Pecos Tacos isn’t one of the many.

Jesse is the Pied Piper of Austin food trucks and he’s been cooking it up for many years – nine, to be exact. Remember when you were a kid and you’d hear the bell or music coming from the ice cream truck? You’d race for your piggy bank and then chase the the truck until it would stop. Pecos Tacos has a similar effect on Austinites.

To say that Jesse has a following would be a gross understatement. His fans are loyal to him. They come to him in droves and call him by name. Funny thing is, Jesse calls most of his customers by name too. He even remembers what they were up to when he saw them last. 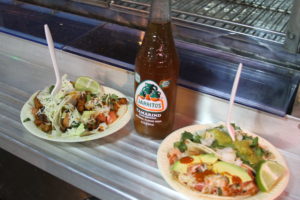 Jesse is one of those guys who knows how to build relationships, and does so through fantastic customer service and incredible food. I stood in observation at his truck for a good 45 minutes, as customer after customer came up and interacted with him. It was like watching an old school barber with a stream of longtime clients. All the latest news was passed back and forth and a sense of true relationship was evident.

It wasn’t uncommon for Jesse to state customers’ orders before they even opened their mouths. I even saw several people walk up and order over a dozen tacos in a single order.

Are the tacos really that good? The answer is unequivocally yes.

Here is my suggestion: Start off with two tacos: one Shrimp taco and one Whit taco. Get them the way Jesse makes them…just trust it. The tacos are only $3 on average, so you won’t be breaking the bank. 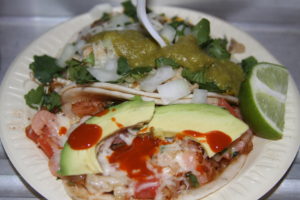 If you take me up on my suggestion, you’ll be floored by how incredible these tacos are. My personal favorite is the Shrimp taco, but all of Jesse’s tacos are outstanding. My guess is that on the very same visit you’ll be ordering a couple more tacos and experimenting off the Pecos Tacos menu.

Pecos Tacos is one of the truly mobile Austin food trucks. It can be found in various locations throughout the week – even throughout the day. I’ll do my best to outline when and where. Bottom line: break out the piggy bank and track this guy down.

Jesse has a work ethic that would shame most of us. You’ll see from his schedule below that he works from early morning to late night in multiple locations throughout the week. It was an honor to meet him, and I know you’ll enjoy meeting him too. Tell him you heard about it on the Austinot. No, we don’t get a commission.

The Pecos Tacos schedule might look a bit crazy. But trust me – it’s worth the hunt. To the best of my knowledge, hours and locations of operation are: