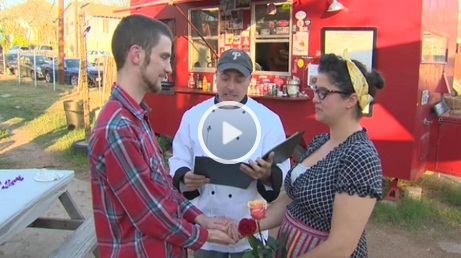 “Way South Philly” on East 6th Street offers more than an authentic cheesesteak, however. They perform free wedding ceremonies and vow renewals on the most romantic day of the year.

“We’ve got a hitch on the back, so why not get hitched at Way South Philly food truck,” said owner Willy Pearce, who is an also ordained minister.

For one day a year, Pearce and his crew will marry couples for free, and for the rest of the year, couples can pay $59.99 for two cheesesteaks, two orders of tator tots, two drinks and a wedding.

During the month of February, that special is half-price.

Pearce said as part of the “special,” the couple feeds each other cheesecakes after the ceremony, just like they would a wedding cake.

The tradition began in 2011, and Pearce hopes to continue grilling up cheesesteaks and marrying couples in love for years to come.

Because nothing says romance like frizzled beef topped with whiz. 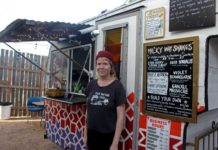 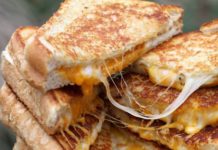 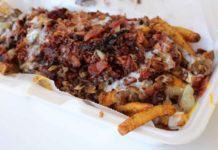