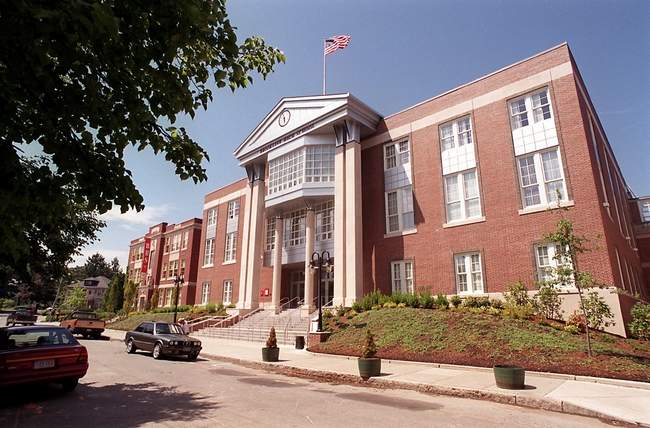 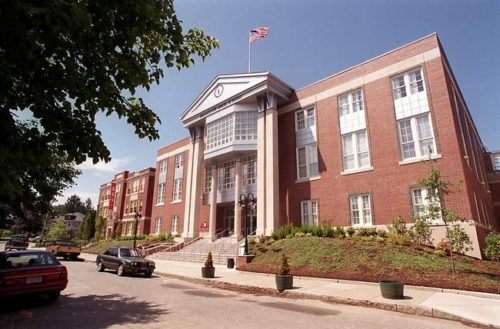 Food trucks may soon replace smokers in front of the high school after two proposals were supported by the Brookline Board of Selectmen on Tuesday, April 9.

First, a suggestion by three Brookline High School students to get a food truck to park outside BHS when school gets out was enthusiastically approved by the Selectmen, the final hurdle in making the proposal a reality.

Calvin Thompson, Ben Pollak and Josh Rezavker appeared before the Selectmen to present their idea, which would allow a food truck to operate across from the high school entrance between the hours of 2:30 and 7 p.m. on normal school days, and from 1 to 7 p.m. on weekends.

“We would like to do this because we have found there is not an adequate food option for students after school,” said Thompson.

He said students with strict time constraints, like those in after-school activities, are left without choices, since the closest brick-and-mortar establishment serving food is a 10-minute walk away.

Those food trucks, if they choose to operate at the school, would be parked right in the location where Brookline High School students now go to smoke cigarettes.

But that could change too, after a couple of warrant articles proposed by BHS student Nathan Bermel were supported unanimously by the Selectmen on Tuesday night.

The articles would increase the tobacco-purchasing age from 19 to 21, as well as create a 400-foot smoke-free zone around the school, with a number of no-smoking signs posted around the perimeter.

Bermel said Brookline has been a leader in public health issues, and he encouraged the board to take a strong stance against smoking.

Bermel modeled the warrant articles on a smoking ban at Newton North High School implemented in 2008.

Deb Holman, the headmaster at Brookline High School, was the assistant headmaster at Newton North when the school adopted the no-smoking ban. In a previous story, she said the percentage of daily smokers at Newton North dropped from 13 percent to around 5 percent after the ban was implemented.

Holman is in favor of the articles put forth by Bermel, as is 98 percent of the faculty, said Bermel.

Enforcement of the smoking ban, if enacted, would fall on the two plainclothes security officers who currently work at the school. Bermel’s articles would not only apply to students, but also to adults on the school’s staff, and vendors and contractors who work at the school.

If someone is caught smoking in the no-smoking area, he/she would be given the option of taking a smoking cessation class in lieu of fines.

Brookline Public Health Director Alan Balsam supported the measure. He said having kids smoking in front of the school is “not the face of Brookline High School the town wants to project.”

The Selectmen voted unanimously to support both warrant articles.

They will both go before Town Meeting this spring. If approved, the smoking ban will be put into action this year.

The food trucks, however, already have the approval of the town, and can start operating at the school shortly.

The only other place where food trucks are allowed in Brookline is on St. Mary’s Street on the corner of Commonwealth Avenue, near Boston University. Other locations were tested last year, but food truck vendors only found the BU location profitable.

Selectman Kenneth Goldstein said the high school location will likely be one of the best in town for food trucks.

The Selectmen congratulated the three students on their proposal, and were impressed they were able to get the submittal through the town system so well.

The trio had to get approval from Holman, as well as the Transportation Board and the Licensing Review Committee.

The students acknowledged they got a lot of help from Brookline’s Economic Development Planner Andy Martineau and Associate Town Counsel Patty Correa, who is also Pollak’s mother.