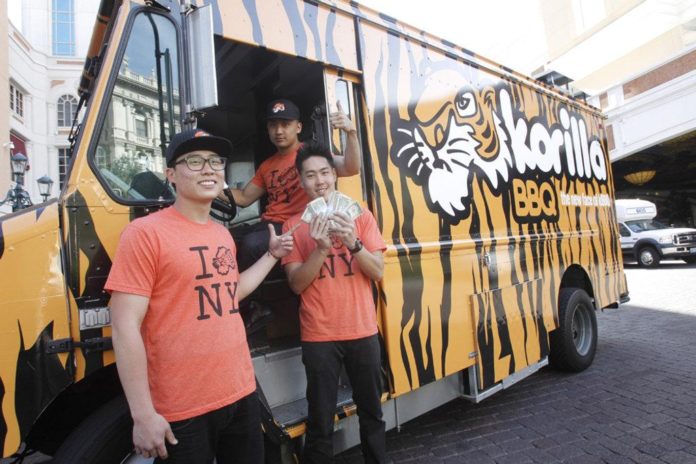 Instructive cooking TV shows are out and a new trend in food television has arrived: the cooking competition. While high regard will always be held for Paula Dean’s southern charm (and affinity for cooking fried foods), and Rachael Ray’s frantic yet clever “30-Minute Meals,” the food TV genre has shifted from showcase to showdown. Foodies and couch potatoes alike are tuning in to watch “chef-testants” battle for culinary bragging rights, cash prizes and even celebrity status. Here are some competition shows that are sure to make you salivate.

“Chopped” tests each chef’s innovation and ability to think on their toes. In three rounds — corresponding to appetizer, main course and dessert — chefs are given a bizarre combination of ingredients that they must creatively incorporate into dishes. Chopped is deliciously deceptive. Somehow, chefs manage to make dishes like tomato-chocolate-tofu cake seem temptingly tasty.

Food trucks are everywhere these days, and what better way to celebrate these delicious, portable meals than with some competition? On this show, food truck owners travel with their trucks across the country and battle to outsell one another. “The Great Food Truck Race” is a cross between “The Amazing Race,” “The Apprentice” and a busy street corner’s Mister Softee truck. This competition is dramatic and at times reminiscent of family road trips gone awry. If you’ve been in Union Square by Palladium residence hall recently, you may have spotted Korilla, a Korean barbecue truck competing this season.

“Cupcake Wars” features bakers who are vying for the title of greatest cupcake baker. Bakers compete in elimination rounds leading up to a final challenge where they must create a showpiece made of cupcakes. While this show occasionally overdoses on melodramatic moments, it will certainly leave you with a sugar-high.

While some critics believe that “Top Chef: Just Desserts” fails to measure up to its predecessor, “Top Chef,” the show still delivers the same entertaining reality show-cooking competition amalgam that sets it apart from other competition shows. Hot pink embellished chef coats notwithstanding, these pastry chefs are by no means inferior to regular chefs. Creating pastries requires more skill and precision than regular cooking, and the dishes that the chefs create are more artful and dainty as a result.

Based on the venerated Japanese original, “Iron Chef America” is one of the pioneer cooking competitions. In each episode, a chef faces off with one of the revered Iron Chefs and must create original and well-presented dishes with the use of a secret ingredient. Ask any insomniac, “Iron Chef America” is best watched as reruns in the middle of the night, where host Alton Brown’s witty commentary seems funnier than ever.