I ran across a newish food truck this week, Bento Box. They are primarily a Fort Worth truck, but I found them in Dallas for a special event. The thought of sushi in a food truck, which in the summer can exceed 110 degrees, was at first disarming. When I spoke to the owners, chef Scott Kaiser and his lovely bride Brandi, those thoughts of odd fish quickly went away. Using the term chef generally does not apply to most food truck operators, but in this case it is not only well deserved, it is accurate. 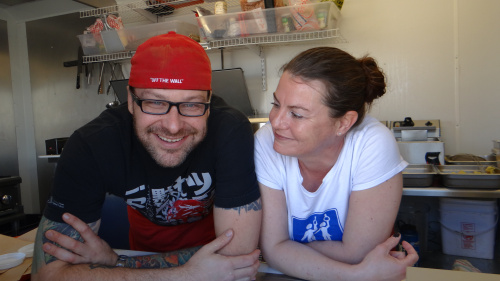 The couple actually have a storied restaurant career and met while both were working at the Cafe Modern located in the Modern Art Museum of Fort Worth. Scott was cheffing while Brandi worked the front of the house. 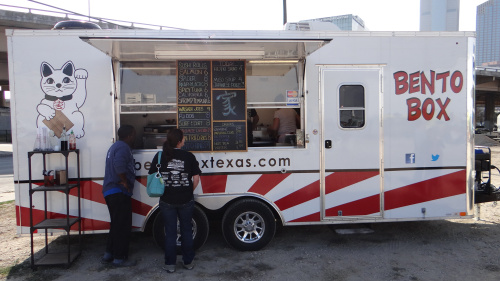 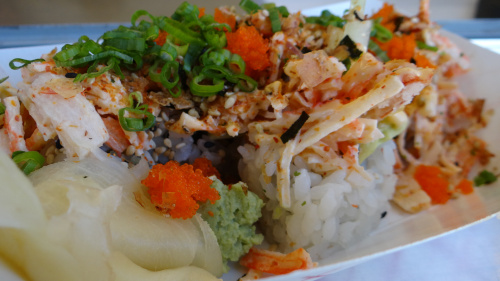 Scott has worked at some noted Japanese restaurants in the area such as Piranha’s and The Tokyo Café, and was noted for his cuisine as best Japanese by Fort Worth Magazine two years running. The couple also opened Nobu in Dallas where Scott was sous chef and Brandi was dining room captain. 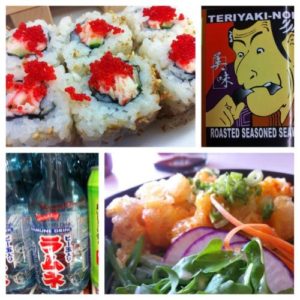 Two months ago the young couple, along with their 9-month old Ethan, decided they would break away from the traditional brick and mortar restaurant and open their own truck. Today you will see the trailer they work out of, but early 2013 they will have a new truck that will have fewer restrictions.

Find Bento Box at the Fort Worth Food Truck Park and follow them on Twitterand Facebook for up-to-the-minute details of their location and menu. Their sushi is phenominal.