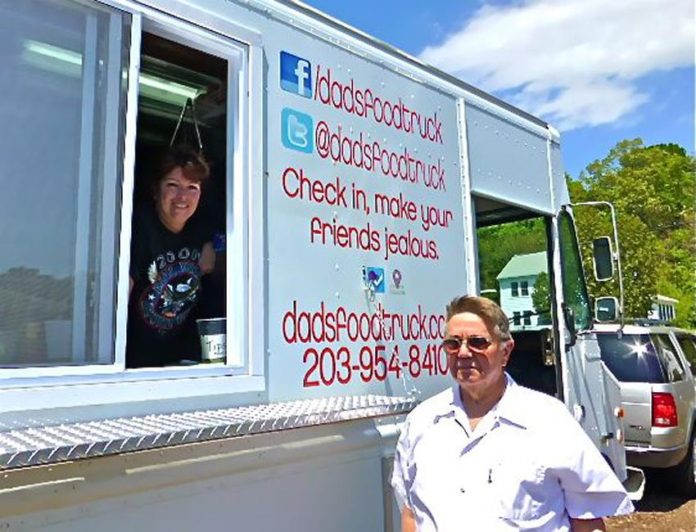 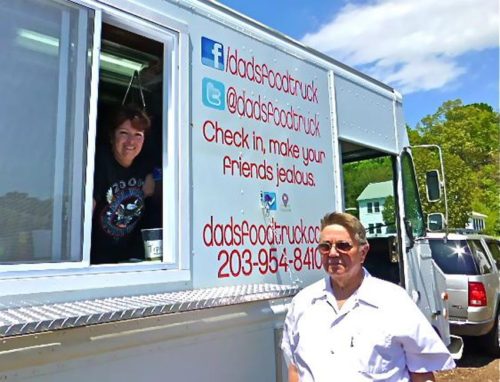 DERBY — For Lou Granato, owner of the new Dad’s Food Truck, it’s all about preparing homemade food with an unusual twist.

One could say he believes “variety is the spice of life.”

Granato, a city native who lives in Oxford, has worked as a caterer for 50 years.

The side of the truck reads: “American style with a touch of crazy.”

“I’ve been in the business all of my life,” said Granato as he made a visitor a “Thanksgiving Turkey” sandwich.

He called the food truck a family business. He has been assisted by grandson Brandon Mercedes, 11, who put himself in charge of recipe development.

Brandon suggested he sell a bacon hot dog topped with barbecue sauce. Brandon’s brother, Ryan, 16, also had a hand in getting the business ready.

Their father, Rick Mercedes, helped with the menu and with building the truck, Granato said.

Son Erik Granato has been involved with marketing the new venture.

Resident Ginny Stadt, who has worked for Granato in the catering business, was with him Thursday. She said there had been quite a few lunch customers their first day.

Granato plans to serve typical breakfast fare, too. Hours are 7:30 a.m. to 2 p.m. Monday through Saturday.

The truck will be parked from 4 to 7 p.m. Monday in the parking lot at The Edge Fitness Club, 600 New Haven Ave. for a Taste of the Towns event.