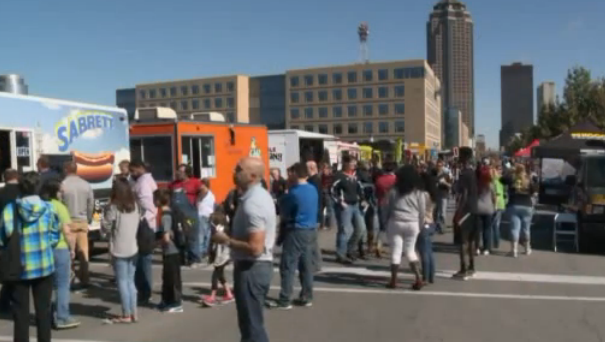 “Parks are already a destination for people to get out in the middle of the day, get some fresh air and enjoy their lunch. It’s a good fit,” said Jen Fletcher, Des Moines Parks and Recreation Department.

The expansion will allow the trucks to operate at six parks within the city. Those include, Greenwood Park, Ashworth Park, Union Park, Grandview Park, Ewing Park, and MacRae Park.

One big name is missing from that list, Gray’s Lake.

“Gray’s Lake already has an on-site concession stand,” said Ben Page, director of the Parks and Recreation Department. “The others on the list are large, so they have amenities that are destinations. They have permanent restrooms and larger parking lots to accommodate the trucks.”

Trucks can operate in those parks from April 1st to October 31st. They will need to apply for a permit with the city’s Parks and Recreation Department. Cost for that permit will be $200 for the season or $25 for a single day permit.

“We will take this entire next season to evaluate the program. We are excited to see how this is received by the public,” said Page.